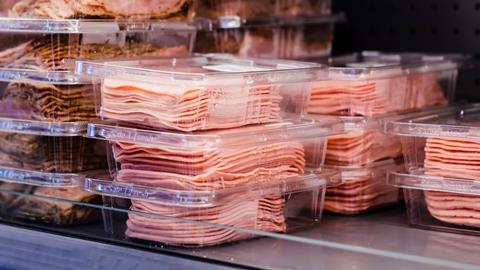 Will coronavirus open the door to global food fraud?

Food fraud, like many crimes, is an arms race: perpetrator vs enforcer, both sides striving to edge ahead in the sophistication of their arsenal to exploit vulnerabilities in their opponent.

Unfortunately for food, the current pandemic may have been helpful to the wrong side. The Grocer reported last week that two fraudulent horsemeat shipments had been seized in Europe, with food safety experts warning supply chain disruption would expose our food to increased risk of adulteration.

There are concerning echoes of the 2013 horsegate scandal, and the industry can ill afford another crisis. So how serious is the risk? Where do the vulnerabilities lie? And do we have the means to protect ourselves?

“It’s an absolute yes for whether the risk has increased,” says James Donarski, head of food authenticity at Fera Science. “All the drivers have shifted with the Covid-19 pandemic on to the side of the bad guys, unfortunately.”

The pandemic has created extraordinary turbulence in food supply chains and triggered severe imbalances in supply and demand. While many businesses are left with vast surpluses due to the collapse in foodservice, others are scouring the market to try to keep up with demand.

Asda and Sainsbury’s were criticised in April for sourcing minced beef from Poland and they will not be alone in having to reach out to new suppliers during this period. But businesses must be careful, warns Eoghan Daly, director of forensic services at Crowe UK: for it is in new relationships that the window for fraud will be pushed ajar.

“The challenges now might not be coming in the traditional way”

The 2013 horsegate scandal was one of the most significant crises to hit grocery in years, yet it made the industry stronger. It ushered in more sophisticated testing regimes, and the establishment of the National Food Crime Unit and the Food Industry Intelligence Network, on the recommendation of a review by Chris Elliott, professor of food safety at Queen’s University Belfast.

As a result, the UK is now more secure against food fraud than many countries, though the pandemic poses a unique test. “The bad news is I think there will now be multiple challenges and those challenges might not be coming in the traditional way,” says Elliott.

A second horsemeat scandal, for example, despite the recent seizures, is unlikely. Food authenticity testing was limited in 2013, with few tests conducted specifically for horsemeat. Now, however, the test is commonplace, and this alone will likely deter fraudsters from committing the same scam again.

Nonetheless, the risk in meat is high due to the ease of mixing legitimate mince with counterfeit products. “It might not be horse that goes in there. It could quite easily be other cheaper cuts. Offal is a risk,” says Donarski. While beef’s currently low price may make it less attractive to adulteration, it will not eliminate the risk entirely. As long as there is cheaper product around, fraudsters will consider it.

Similarly, where food ingredients have undergone rapid price inflation during the pandemic, and there are cheaper if fraudulent ways to meet demand, the threat is likely to have increased.

The UN All Rice Price Index hit its highest level in more than eight years last month as lockdowns and export restrictions from key producers like Vietnam, India and Pakistan tightened global supplies. While perhaps not the most obvious candidate for fraud, the threat is very real.

“If my basmati isn’t basmati, maybe it’s not such a big deal,” says Elliott. “But what if that rice is coming from a different part of the world where they are using massive quantities of illegal pesticides? You start to get a bit more worried then, don’t you?”

Climate change is a big issue for rice producers, with warmer weather contributing to pest and fungi damage, according to a report by the UN Food and Agriculture Organization last month. With reduced audit inspections and regulatory visits under coronavirus restrictions, there are concerns farmers will be tempted to turn to cheaper pesticides.

“I just have this worry in the back of my mind that there will be a lot of very nasty pesticides being used that probably haven’t been used for a generation or more,” warns Elliott.

Supermarkets typically insist on laboratory testing and audit inspections in the country of origin for imported foods, in addition to their own checks carried out in the UK. This additional layer of security ensures the supply chain is safe and genuine, and that the product they buy is coming from properly regulated production sites.

Testing in the UK is facing similar issues. Many on-site inspections have been postponed while some of the external laboratories that carry out food authenticity testing for supermarkets are reportedly working at reduced capacity due to social distancing measures and staff shortages

“It might not necessarily have an impact on the overall capacity, but it may impact things like turnaround time. And getting things done quickly is important,” says Donarski.

With challenges posed in all corners of food supply chains, it is vital businesses increase their own vigilance in response. While authenticity testing will continue to play a vital role in food integrity, there are many other steps businesses can take. “Monitoring has its place but it’s not the only thing you can do,” says Daly. “Relying on a testing strategy alone isn’t sufficient because you’re only testing for things you know about.”

Analysis currently relies on testing for a few known adulterants meaning many can go undetected. Scientists are developing ‘non-targeted’ methods that create a food’s fingerprint based on authentic samples, which can then be used as a baseline for tests of suspected samples. “It’s the future but a bit off yet,” says Donarski.

In the meantime, Nick Lord, professor of criminology at the University of Manchester, argues food businesses will be best served focusing on the people involved in their supply chains rather than testing alone. Identifying suppliers that could be under financial pressure or with opaque supply networks can help.

“What kind of information or data can they identify? With anti-money laundering, even the big banks will often look on publicly available information, newspaper sources, media. Anything they can find to try and build up a picture.”

Daly argues the industry must collectively shift away from monitoring towards prevention and deterrent, including robust investigations and severe sanctions. “People are less likely to perpetrate fraud against you because they know if they get caught they’ll go to jail,” he says.

All and any additional protection at this time could prove to be a worthy investment, with supply chains forecast to be disrupted for months, if not years to come. The pandemic may be in fraudsters’ favour, but the arms race is still on.