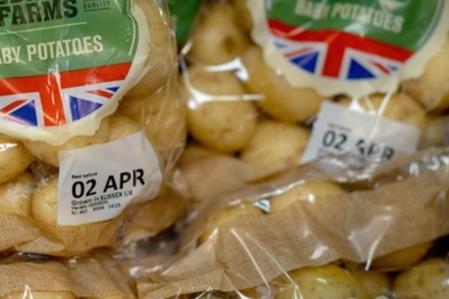 Action by retailers which could help to prevent more than a million tonnes of food waste has been stalled because of Brexit, according to a major new report from Wrap.

The report, which was conducted at nearly 60 supermarkets and examined 2,000 food products, found many retailers had either done nothing or not enough to improve labelling advice across a range of key products which could prevent consumer waste.

Rather than speeding up efforts to tackle food waste since a previous study was carried out in 2015, the report found progress had been “slowed” because of the uncertainty of labelling requirements and the uncertainty surrounding the timing of Brexit and its outcome.

“The adoption of changes to product labels has stalled in the short term, because retailers have been waiting to identify whether and how Brexit might require widespread revision of product labelling,” the report said.

Wrap’s report lists a summary of progress against eight key areas of action where food labelling changes could prevent waste, estimated at 1.1m tonnes a year.

Wrap: Removal of packaging must be done carefully to avoid food waste

These included clear advice on how and where to store food, as well as at what temperature. Yet seven out of eight key product areas had either seen no change or a shortfall in the action needed, including almost three quarters of milk, yoghurts and hard cheeses carrying no advice of what temperature the products should be stored at.

Wrap also recommends retailers remove open life statements completely or replace them with “best within” labels, where there is no food safety issue involved.

But the report found more than half of the key categories had seen no or insufficient change.

“Little evidence was found of retailers having implemented guidance,” said the report. “For example, for hard cheese the average available life for block cheddar was 64 days, but 90% of packs carried advice to use within five or seven days of opening”.

Iceland was one of the retailers to tell Wrap it had delayed making changes to labelling, because of the potential huge cost of having to carry out multiple labelling changes if they had acted sooner.

The report said in the longer term, revision of the UK’s labelling guidelines post-Brexit could provide an opportunity to accelerate the implementation of its labelling recommendations, through FSA and Defra guidance.

However, the report is more evidence of the potential hidden cost of food waste from Brexit.

In August, The Grocer revealed the UK’s biggest food redistribution charity FareShare had warned a no-deal Brexit would threaten the supply of surplus food to charities feeding the poor.

As well as Brexit, Wrap’s report is likely to prove controversial because it urges retailers to be cautious when it comes to removing plastic from produce.

It said it was asking supermarkets to consider its expert guidance before deciding whether to sell their uncut fresh produce loose.

The report found: “Provision of loose items can help for some less perishable items - but effects on product life or waste in store should be carefully considered.”

Wrap is currently also spearheading the industry’s Plastics Pact, which is setting out to slash plastic use, but it said today’s report highlighted the important role that plastic plays in some packaging to prevent food waste.

Wrap director Peter Maddox said: “The way food and drink is packaged, labelled and priced can influence household food waste, and retailers and brands are uniquely placed to help minimise food waste in the home.

“Our research shows that people want clear, consistent information on pack to help them keep food fresher for longer. Overall, we’ve seen good progress from all, but we have also been very clear with each company where more work is required, and where they are falling short.”