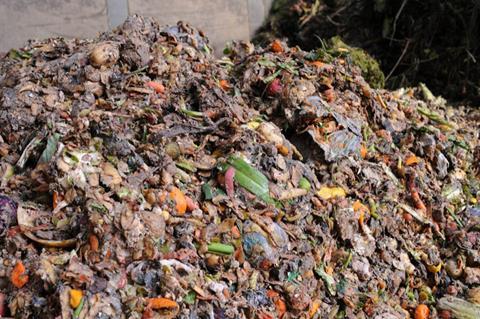 Households saw a fall in waste equivalent to 7% per person, the progress report showed

Food wasted by UK retailers has gone up, despite overall food waste falling by almost 500,000 tonnes, a new report by Wrap has revealed.

A progress report for the Courtauld Commitment 2025 showed retail waste was up by 6% between 2015-18, to 280,000 tonnes, with waste from the hospitality and foodservice sector rising even more, to 1.1 million tonnes.

The increases came against the backdrop of an overall fall in waste, including households, equivalent to 7% per person between 2015-18. Wrap claimed the Courtauld initiative was on course to hit its target of a 20% per person reduction in post-farmgate waste by 2025.

Wrap said the increase in retail waste was in part due to retailers’ efforts to reduce waste across the supply chain, including relaxing specifications on fresh produce, which has seen increases in waste in retailer depots and stores.

Supermarkets’ efforts to cut down on plastic had also had an impact, it said. Providing more fresh, loose produce had led to “operational challenges”.

Morrisons is among supermarkets to have reported rises in food waste due to scrapping plastic packaging on veg. Its trials had seen food waste rise nearly threefold, but it had since brought the levels back down, said Wrap.

Retailers had been at the forefront of efforts to slash waste in the supply chain as well as amongst consumers, and to drive up redistribution of waste to charities, it added.

The report, however, shows that whilst suppliers had cut food waste by 10% across the same period, to around 1.5 million tonnes, it accounted for more than five times that wasted in retail. Wrap warned hundreds of suppliers had failed to engage with its efforts to get companies to “target, measure and act” to tackle waste.

The report said Wrap needed to “motivate” around 500 companies in the manufacturing sector if it was to hit the target.

“We have 156 businesses targeting, measuring and acting but there are over 600 big food businesses in the UK and it’s the ones that are not on the roadmap that we need to target,” Wrap food waste special adviser Andrew Parry told The Grocer.

“The positive news is that we are on track, but unless we get these 500 companies we are not going to hit that target.”

The call to suppliers comes with the government due to launch a consultation in the next few months over plans to enforce mandatory reporting of food waste.

In September Tesco boss Dave Lewis slammed companies for their lack of transparency after a progress report revealed only 40 of the 156 businesses signed up to Wrap’s Food Waste Roadmap had published food waste figures.

Today Wrap said reducing the figures for the hospitality and food service sector, which is estimated to waste 1.1 million tonnes of food a year, was another priority, while admitting the figures suffered from a lack of reliable data.