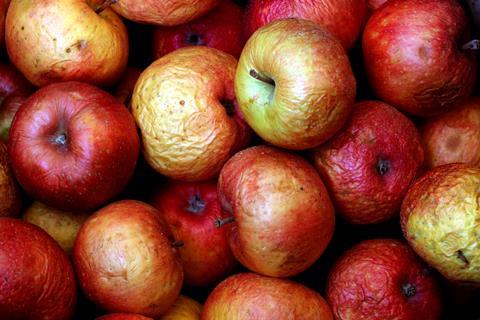 Border delays on perishable items are leading to food waste

Several businesses have told The Grocer they are facing delays of up to four days on perishable items from both EU and non-EU countries due to extended customs checks at British ports and airports.

Jenney said the delays were often occurring even when customs paperwork was correctly filled out.

“The industry is working extremely hard to minimise additional costs to hard-pressed families but unfortunately, that effort and hard work is being undermined by a very rigid, very inflexible approach to border management.”

The situation has deteriorated in recent months with many attributing the delays to a lack of staff in Defra’s Animal & Plant Health Agency. Jenney said he had raised the issue several times with officials, “but they are unpersuaded it’s their responsibility”.

Mike Parr, MD of logistics company PML, contrasted the situation in the UK to mainland Europe where border officials were taking a more “lenient” approach if loads arrived at ports outside their allotted time. This is now a common occurrence across Europe due to disruption in global transport networks.

“Here, if you get a small delay at the airport then Plant Health go: ‘no, it wasn’t there by 10.30 at night so we’re not going to look at it until tomorrow,’” said Parr.

“But we’ve got a driver sat somewhere for a day waiting for customs clearance so that’s an extra day’s cost. The customer has planned packers so has the cost of trying to cancel them. You’ve lost however many days of shelf life as well. It all just stacks up.”

In many cases, the delays were due to Defra’s Automatic Licence Verification System (ALVS) used for registering plant and animal imports which has been “up and down like a yoyo,” he said.

“Now surely if you know the system is going down then you authorise manual fallback immediately because you’ve got a row of lorries waiting to clear. Or you green light everything which I know they know they can do. But they choose not to do anything which is really frustrating. They’re so stubborn.”

Eddie Fleming, director at JEM Fruits, said around half of his loads entering the UK were being stopped, inspected, and in some cases, held for up to four days. “It’s an enormous amount and with a perishable item that’s critical.”

Many unaccompanied loads face further costs if they do not leave a port within two days as shipping companies start charging demurrage fees for staying beyond the allowed time, Fleming added. This can cost from £30 to £150 per container which “you just have to pay yourself. There’s no recompense at all.”

Jack Fleming, founder and CEO of Chill Chain, said the problems with customs paperwork were in many cases due to inexperienced staff and “computer-says-no issues” in official systems. “We’ve had delays on vegan ice cream because you tick a box for ice cream, you tick a box for non-dairy, and the system just can’t compute. It goes into meltdown.”

“So you get stuck in a logic loop. You do something out of the ordinary and the computer doesn’t say anything. It just repeatedly sends you a policy regardless of whether it applies and then gets upset when you ask for help as it doesn’t actually make sense.”

An APHA spokesman said its staff carried out thousands of import checks every day on plants and plant products from all over the world that posed a high risk to British biosecurity.

“These staff are highly trained to identify and stop plant pests and disease from entering GB, whilst also delivering an import check regime that reduces any unnecessary delay to goods. Along with Defra, we continue to monitor any issues faced by traders at the border and would encourage any business that is experiencing difficulty with these checks to get in touch.”

In April, the UK government delayed plans for further checks on EU goods with Brexit opportunities minister Jacob Rees-Mogg stating they would cost businesses an extra £1bn in annual costs.

“Introducing controls in July would have replicated the controls that the EU applies to their global trade,” Rees-Mogg said in a written statement to Parliament. “This would have introduced complex and costly checks that would have then been altered later as our transformation programme is delivered.”