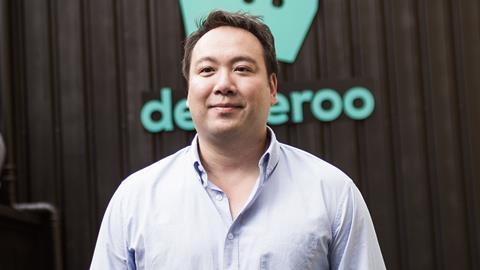 Deliveroo: is it really worth £8.8bn?

Can the business – which is still operating at a loss despite a major boost in home deliveries during the pandemic – really be worth £8.8bn?

Just in time for Easter, Deliveroo has partnered with psychic Mystic Meg to launch an exclusive chocolate egg-cum-fortune cookie. All the projections will be “uplifting” Deliveroo promises. But can the same be said for the courier platform’s own post-IPO future?

Deliveroo continues, as it always has, to operate at a loss. From 2016 to the end of 2019 Deliveroo’s revenues grew sixfold, to reach £772m. But the company posted overall losses of at least £100m for each of those years, including £320m lost in 2019 alone. Last year was a bumper one for home delivery, with adoption accelerating by the equivalent of three years and order count and size soaring, according to CEO Will Shu – but losses were still significant, at £221m.

For some that makes its £8.8bn valuation “extraordinary”. Especially, says John Colley, associate dean of Warwick Business School, “for a business which has struggled to reduce losses despite the abnormal demands created by the Covid lockdown”.

After a year that saw monthly restaurant deliveries grow by almost 350% over pre-lockdown levels, according to the Kitchen Cooking Index, how can it still be struggling? “Principally as a result of the group’s focus on investment, given it is still in a rapid growth and expansion phase,” Deliveroo says.

Deliveroo has indeed been expanding, moving into 187 new towns and cities and doubling its global rider count to 110,000. It’s struck up a slew of supermarket partnerships and is set to extend availability of grocery deliveries via its platform to a further 125 locations.

Take expansion costs out of the equation, and the picture improves somewhat. Deliveroo says it was profitable at the operating level in the second half of 2020, and profitability margins are getting “stronger”.

From 2019 to 2020, the total value of orders on the platform close to doubled, with half the growth from UK and Ireland. In the first two months of 2021, transactions were up 121% yoy.

But “this has come at a time when restaurants have been closed for months and Deliveroo has clearly had a Covid boost as diners switched from eating out to ordering in” says Hargreaves Lansdown investment analyst Susannah Streeter. “Although this insatiable demand for takeout food isn’t likely to fully unravel, there is inevitably going to be a drop in demand.”

But these “drivers behind this profitability cannot be perceived as permanent” says Morningstar equity analyst Ioannis Pontikis.

There have also been some significant cost savings: Deliveroo laid off 15% of its global headcount early last year. It slashed its marketing budget and reduced marketing headcount from 747 to 202.

“In fairness, lower marketing and customer acquisition costs have been a feature of the industry but to assume they stay low feels incongruent with Deliveroo’s growth ambitions,” says Andrew Porteous of HSBC Global Research. “There could easily be another £100m required if Deliveroo is to go toe-to-toe with Just Eat and get its fair share of growth,” he adds.

Ultimately “the company is profitable in 11 of 12 markets and has continued to see improved unit economics in 2020”, Deliveroo argues, saying underlying gross profit is improving. If average order value is around £20, Deliveroo makes £2.07 gross profit per order, HSBC Global Research calculates, though it is difficult to be precise. “The lack of information makes it very challenging to really learn anything about the business,” says Porteous.

Whatever the exact margins, Deliveroo is limited in its ability to improve them. Prices and restaurant fees must be kept “at an affordable price” it acknowledges. Otherwise, restaurants and retailers “may shift to one or more competitor platforms”.

Meanwhile, not giving riders “the opportunity to earn enough” could see them leave to join wage-paying competitors.

Just this week, a new report claimed many Deliveroo couriers earn less than the living wage.

However, takeaway delivery is just one part of Deliveroo’s business, and that’s no bad thing. It will no doubt have heeded the warning of US food delivery service GrubHub CEO Matt Maloney, who in 2019 told shareholders “we still don’t believe now that a company can generate significant profits on just the logistics component of the business”.

Delivery is unlikely to be the main driver of Deliveroo profits in the coming years.

“One of Deliveroo’s most important contributions in the food delivery space has been dark kitchens,” Pontikis says.

Deliveroo was an early adopter, and at the start of 2020 had 33 Deliveroo Editions sites, 16 in the UK, with plans to quickly expand. Deliveroo owns the kitchen space, in which restaurant partners prepare orders, paying higher commissions.

“Editions has allowed them to expand not only the number of restaurants they partner with that want to increase their following on the platforms, but the breadth of food and territory covered by their riders more quickly than anticipated,” Pontikis says. “Dark kitchen unit economics look promising for both the platform and the restaurant”, he adds.

While a competitor could ape the model, Deliveroo argues “with unparalleled global expertise, we are uniquely positioned to scale this concept”. Certainly its data stores in this area are not to be sniffed at.

Morningstar sees Deliveroo’s business mix being made up of 38% dark kitchens and 38% food delivery. On-demand grocery will make up the remainder and be “loss-making even at maturity in our estimates”. But together the three facets “could lead to healthy margins longer term”.

That’s if it isn’t all scuppered by new rules on workers’ rights for riders, a real threat after Uber lost a Supreme Court case brought by drivers. It’s among concerns that this week led Aviva Investors to reject Deliveroo’s flotation.

Deliveroo, which spent £80m on legal fees fighting such cases last year, says its riders are independent contractors. “We may not, however, be successful in defending this position in all cases” it accepts.

While some believe there is hope for Deliveroo’s future, others remain doubtful.

“I find it difficult to imagine it can maintain value with a business model under threat from so many internal and external factors,” says Paul Boyle, CEO at Retail Insight.

Warwick Business School’s Colley is even more damning: “A crash is likely as the extent of profits Deliveroo needs to justify this valuation is unlikely”.

Is Deliveroo a sound investment? Even Mystic Meg may struggle to call it.