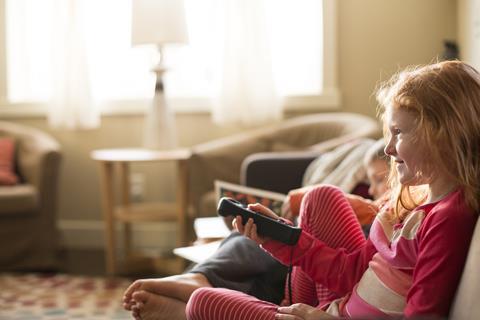 Cancer Research UK has called on food companies to be “braver” by advertising healthier alternatives in peak slots dominated by high fat, salt and sugar brands.

It comes as the charity released figures showing HFSS food ads made up about half of all ads shown on the UK’s biggest channels in times most popular with families.

CRUK used Nielsen data for May 2018, which found 49% of all food ads from 6pm to 9pm in May 2018 on ITV1, Channel 4, Channel 5 and Sky One were advertising HFSS products. Fast food and delivery brands accounted for more than a quarter of those.

Meanwhile, fruit & vegetables were the primary focus of just 5% of all food ad slots, while almost nine in 10 (89%) of the HFSS products fell within Public Health England’s calorie and sugar reduction programme categories, or were within the scope of the Soft Drinks Industry Levy.

However, the study also found broadcasters only derived a small proportion of their advertising income from such adverts. It also claimed many current advertisers had the capacity to switch to advertising an existing non-HFSS product in their range.

The research found 8% of broadcasters’ advertising revenue in May 2018 on the channels concerned was derived from HFSS ads - but that they provided only 3% of the £190m total advertising income in May 2018 across ITV, Channel 4, Channel 5 and Sky One, on ads shown from 6pm to 9pm.

And for over half (54%) of the HFSS products advertised before the watershed, there was already a non-HFSS alternative within the same brand that could be advertised instead, further reducing any potential impact on broadcasters’ revenue.

That figure rose to over eight in 10 (81%) of HFSS adverts when including products whose parent company own a brand with a non-HFSS portfolio, which they could advertise instead.

“This research shows not only that tens of thousands of children are still exposed to HFSS ads in peak times but that there is a real chance for the industry to change,” said CRUK policy manager Malcolm Clark. “Food companies can make a switch to advertising healthier products that already exist within their portfolios if they are brave enough. If not then government action such as the move to a 9pm watershed will hopefully achieve it.”