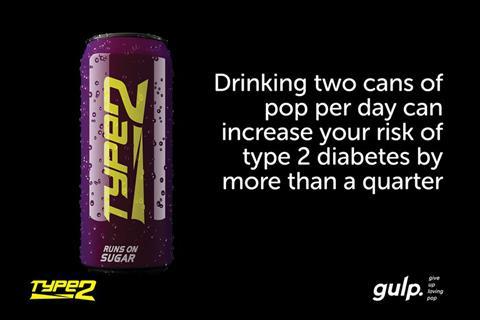 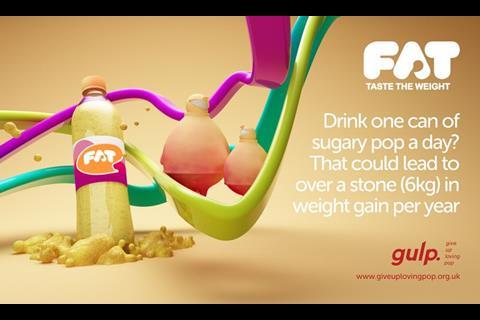 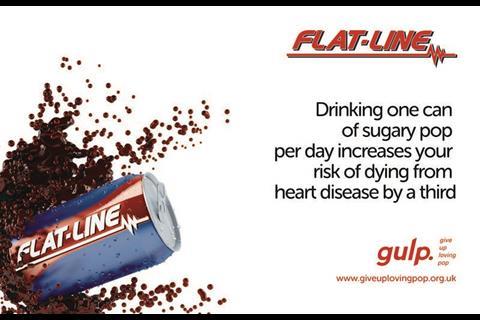 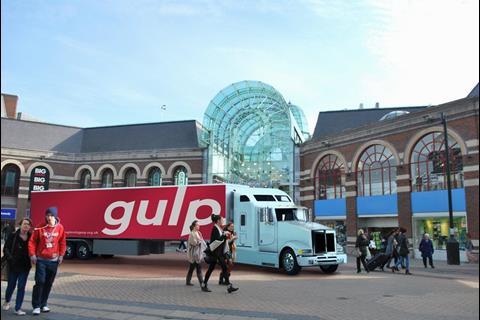 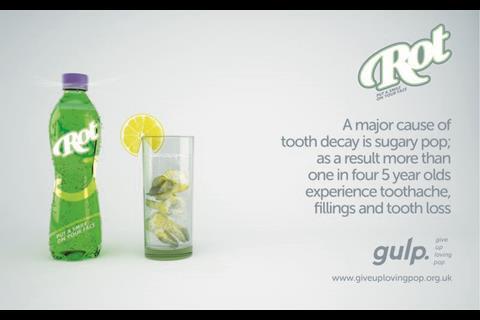 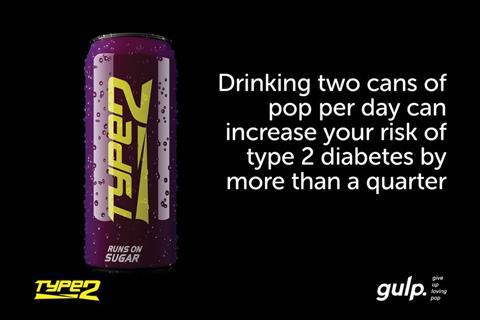 Health officials have vowed to “carpet bomb” the fizzy drinks industry with a new shock advertising campaign aimed at highlighting the amount of sugar contained in some soft drinks.

Kicking off next week, the ads will be used in a social media blitz and outdoor campaign by local authority officials who claim government policy has not gone far enough.

The Liverpool-based campaigners, who call themselves Health Equalities Group, are made up of public health officials in the North West who back interventionist policies such as a ban on advertising and a sugar tax.

Their campaign, called Give Up Loving Pop (Gulp), features ads showing an energy drink with the mock brand ‘Type 2’ and claiming drinking fizzy drinks can increase the risk of type 2 diabetes. A second ad features a fizzy drink entitled ‘Rot,’ with a warning sugary fizzy drinks lead to toothache, fillings and tooth-loss.

A third shows a product branded ‘Fat’ and warns shoppers could gain a stone a year by drinking one can a day.

“We are planning for this campaign to be carpet-bombed across social media,” said a spokesman for the group.

Campaign director Robin Ireland added: “This campaign is as hard-hitting as anything I’ve seen in this country. We need a much stronger message than the government has given about the damage these drinks can do.”

“If these campaigners were genuinely interested in public health they would be seeking to educate all consumers about the importance of a balanced diet and physical exercise rather than erroneously targeting one product category and making claims not supported by the evidence.”

Barbara Gallani, Director & Regulation, Science & Health at FDF, responded: “We strongly believe that nutrition advice, whether from public health officials, charities or industry, should be consistent and based on robust and up-to-date scientific evidence. This is a fundamental principle which all stakeholders in public health must subscribe to if consumers are to have confidence in the dietary advice they receive.

“Some of the GULP campaign’s messages are alarmist and not backed by the considerable body of science currently available on carbohydrates and health. Education and practical support which empowers consumers to make healthier choices holds more long-term value than efforts to vilify popular food or drinks which can in themselves fit within a healthy, balanced diet when consumed in moderation. These adverts are likely to leave consumers extremely confused about what the evidence is for making such claims.”