5 of the most lucrative fmcg product placement deals in history

It was only made legal in the UK in 2010, but product placement has been firmly established in US film and television since the 1980s. Here are five of the most memorable - and money-spinning - deals to have graced screens on both sides of the Atlantic.

Subscribers can read more on the history of food & drink product placement - and what the future holds - in our in-depth feature. 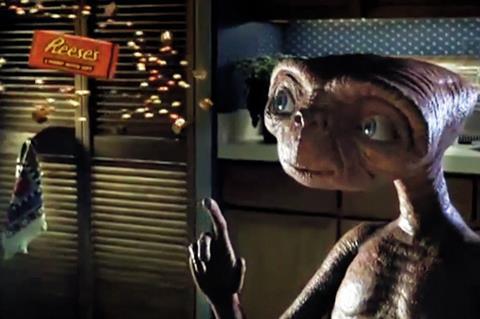 Cost: Free. Though it was followed up with a £1m advertising deal.

How: The brand features prominently in one of the movie’s most famous scenes, in which Elliott lures ET out of a wood by creating a trail of the peanut butter cup sweets. The relatively new Hershey’s launch wasn’t director Spielberg’s first choice, though - he had originally wanted the far better-known M&M’s to feature. Mars turned him down - something its marketing team must deeply regret to this day.

Results: Sales of the chocolate reportedly increased 65% in the two weeks after the film premiered, and the brand was elevated to cult status in the years after thanks to its connection to one of the most famous movies of all time. 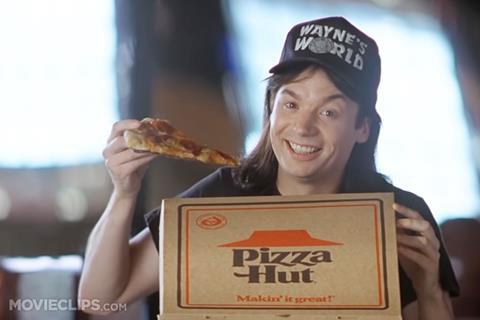 How: Coming a decade after ET, Wayne’s World brilliantly poked fun at the burgeoning product placement industry in the US, which had grown exponentially during the 1980s and hadn’t always prioritised subtlety. In the infamous scene Mike Myers’ character laments, “it’s like people only do stuff to get paid”, before opening up a Pizza Hut takeaway box, digging into a bag of Doritos and cracking open a can of Pepsi, all while smiling to the camera and all in less than a minute.

Results: It isn’t clear whether the brands saw any positive uplift, but given the satirical nature of the scene it’s likely that wasn’t really the intention. The comedy did however curb the egregious product placements that had littered the 1980s. 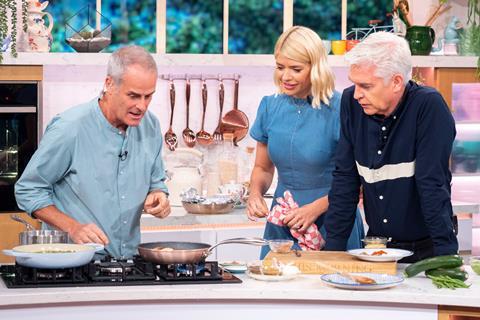 How: This was the first piece of product placement on UK TV, (it was made legal a year earlier), and was thus highly anticipated. The reality was less impressive. Nescafé paid £100k for a nine-week placement on the morning show, but its Dolce Gusto machine sat rather innocuously in the background of the set’s kitchen.

Results: That Nescafé was the first to take advantage of the UK’s relaxation of rules around product placement undoubtedly garnered more attention and brand awareness than its subtle placement would otherwise have done. Even without this though, the move secured the brand a decent ROI, appearing 110 times on screen in the first 14 days of the deal - equating to a media value five times what they paid, according to research by the Law Gazette. 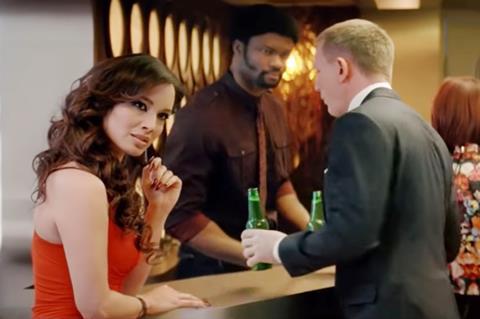 How: In a move that proved controversial with Bond fans, the international spy swapped his love of cocktails (most obviously vodka martinis) and champagnes (Dom Perignon) for a beer: a bottle of Heineken lager to be precise. The tie-up in Skyfall even included a scene in which Bond and the latest Bond girl imply the brand is the best pale lager out there. It wasn’t the only example of product placement, with producers reportedly covering much of their $200m costs with such deals.

Results: Heineken reported a 3.7% like-for-like sales uplift in Western Europe after the film aired, with overall volumes up 5.3% in 2012. It has continued the partnership for subsequent films - a sure sign the brand deems it money well spent. 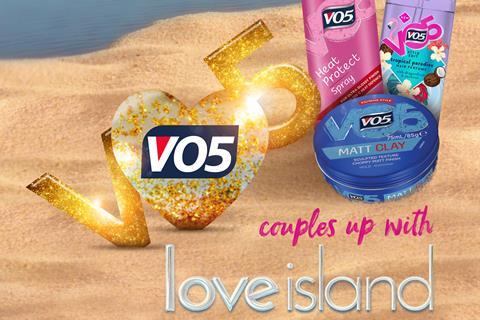 How: Following its lucrative deal in 2018 with Co-op and Costa branches on Coronation Street, ITV bosses clearly spotted the potential to go all-out with the hugely successful reality show Love Island. For the last series there were multiple opportunities for brands to get involved, and one of those to take advantage was Unilever, which signed a deal to get its haircare products in the villa’s bathroom.

Results: Unilever hasn’t shared information yet on the success of the campaign, but its hair director Blandine Langloy did say at the time, “Love Island has … rapidly become one of the most talked-about cultural moments of the year with a highly engaged audience,” among whom the company hoped to raise awareness of its range.