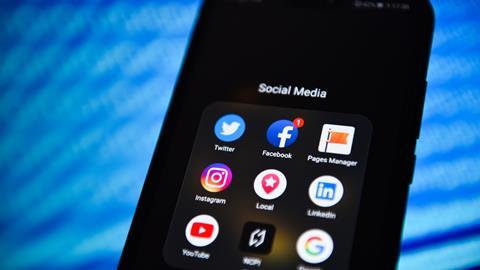 Can a new media alliance drain the digital swamp?

Some of the world’s biggest advertisers and platforms have united

In 2018, Unilever CMO Keith Weed sensationally called on industry to “drain the swamp that is the digital supply chain” citing an urgent need for more responsible platforms, content and ­digital infrastructure.

One year on (and two months after Weed’s departure) Unilever has joined an influential cohort of brands, advertisers and tech platforms to announce how it intends to do just that.

The Global Alliance for Responsible Media is an “unprecedented, global collaboration”, say its members, created to tackle the sort of “dangerous, hateful, disruptive and fake content online [that] risks threatening our global community”.

But how does it plan to channel these lofty ambitions into ­concrete change?

It’s clear the group plans to use the sheer force of its financial influence. Among the 32 companies signed up are 16 of the world’s biggest advertisers, including Mars, Diageo and P&G. Unilever is the world’s second-largest advertiser, with an annual budget of about $8bn.

Crucially though, it’s also managed to tempt major tech platforms to sign up. Facebook, Google and Twitter are all on board, which, members say, will enable it to streamline conversations, align goals and work collaboratively. Speaking this week, Mars head of global media Robert Rakowitz said it would avoid the sort of “whack-a-mole” dialogue that too often happens between platforms and advertisers, and on which agencies “struggle to make a difference on their own”.

Until now, similar initiatives on digital safety have largely existed in industry silos. Either launched by brands on an individual basis, such as Unilever’s Digital Safety Framework announced by Weed in 2018, by collections of brands, such as the World Federation of Advertisers, or in the form of self-regulation by platforms, such as Facebook’s Safety Advisory Board.

“It’s potentially the first initiative of its kind to have representatives from all four sides - advertisers, platforms, experts and industry associations,” says Hannah Johnson, MD at agency Blue State Digital. “Previous programmes were usually either platform or industry-led or brought together brands and advertisers in a team that was quickly pitted against the ‘opposition’ - ie industry regulators. To have an alliance with all four sides represented acknowledges that all need to work together.

“Having said this, there are challenges the group will quickly come up against.”

Particularly when you consider that its founding aim - to “rapidly improve digital safety” - is a seriously tall order, endlessly broad in potential scope. Perhaps for that reason, detail on what happens next is scant.

Following its first formal meeting last week, at the Cannes Lions festival, members are set to create a working group charged with initial ideas and formulating next steps.

The Grocer understands the first focus will be brand safety. Namely ensuring that brands don’t find themselves positioned next to controversial content, which reached peak levels in 2017 with a number of brands boycotting platforms such as YouTube as a result. Further details will be rolled out shortly, say those involved. Unilever’s executive VP of global media Luis Di Como has said his approach is “zero tolerance”.

Members say this will extend to wider public safety issues too, including tackling the problem of children being able to access unsafe content online. One hope is to look at the functionalities of some platforms to protect younger users from age-restricted content.

Brands must take responsibility, says Di Como. “When industry challenges spill into society, creating division and putting our children at risk, it’s on all of us to act.” Exactly what action the alliance will take remains to be seen.