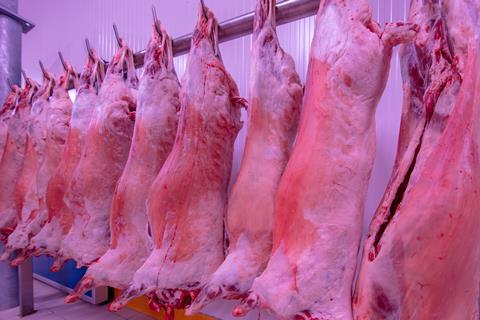 The coronavirus-influenced collapse of the foodservice market and a surge in demand for beef mince during the lockdown have exacerbated long-term carcase balancing issues in the beef sector in recent weeks.

But the sheep sector would also struggle to extract enough value out of the carcase over the coming months, warned National Sheep Association CEO Phil Stocker. About 60% of higher-value cuts on the market such as loins, racks and fillets would normally be sold out of home or in export markets, he said - representing about 12% of the British lamb category.

With foodservice and hospitality sales having fallen to practically zero and export sales still sluggish, that route to market was now closed, he added.

It comes as total lamb sales in the mults were already down 1% in volume terms during the 52 weeks to 22 March [Kantar], on the back of a 3.1% increase in average prices.

This slump in sales, allied with a flood of new season lamb within the next six weeks, would heap further pressure on the sector, Stocker said. “We’re currently in a volatile situation in terms of the farmgate price. The majority of farmers are currently lambing, but we’ll soon see more new season lamb on the market, which could make the carcase balance issue even worse.”

Profit from higher-value cuts often meant the difference “between profit and loss”, he added. “That’s why optimising the full carcase is so important, and why we need to promote these different cuts and recipe ideas.”

Stocker’s concerns were echoed by British Poultry Council CEO Richard Griffiths, who warned the poultry sector was also “on a knife-edge” amid growing concerns its usual market for dark meat in Europe was being disrupted by the lockdown - an issue first raised last year amid talks of a no-deal Brexit.

“These are the same issues we have seen in beef,” said British Meat Processors Association CEO Nick Allen.

“We’re trying to get this on the agenda of the meat sector now, rather than in a few months, so that we can think about how best to promote these cuts of lamb.”