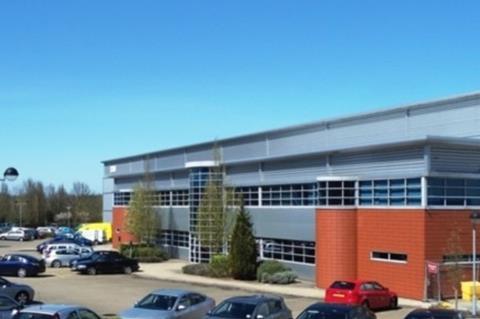 The achievement is part of Cranswick’s Second Nature intitiative, which includes an aim to achieve net carbon emissions by 2040

Cranswick has reached a significant milestone in its bid to achieve net zero carbon emissions by 2040 after its Milton Keynes cooked meats plant became the company’s first facility to be awarded carbon neutral status.

The pork and poultry giant said the Buckinghamshire site, which employs 800 staff, was the first cooked meats factory in the UK to be certified as carbon neutral.

It hoped the achievement – part of Cranswick’s Second Nature sustainability strategy, which also includes pledges to reduce plastic use and food waste – would be the first of a series of similar announcements across the Cranswick manufacturing estate.

The processor achieved the Carbon Trust’s PAS 2060 carbon neutral accreditation by cutting emissions by 50% to 5,610 tonnes of carbon for the 2019/20 financial year, following an investment in more efficient machinery.

Cranswick also switched to 100% renewable electricity at the site by generating its own power and most of its heat and steam requirements through a combined heat and power unit.

The final piece of the jigsaw came through the selection of what Cranswick called verifiable “high-quality carbon offsets” through initiatives including the restoration of Doddington North Moor in Northumberland, and a geothermal energy investment in Indonesia.

Cranswick also planned to invest further in measures that would ultimately bring net carbon emissions at the site to zero from next year onwards, said commercial director Jim Brisby, while the other 13 plants in its manufacturing estate were now vying to become the next site to achieve the goal.

“Milton Keynes is the trailblazer site, but we’re getting engagement on this issue across the business,” he added. “Our people feel they are part of the solution.” He cited the example set by Tesco and WWF’s sustainable basket metric to halve the carbon footprint of a shopping basket by 2030.

“You can either change what’s in the basket or you can change the impact of what’s already in the basket,” Brisby pointed out.

“Customers still want to eat meat, so the best thing we can do now is allow them to continue eating meat and look at how we can reduce the impact. If we can address the environmental impacts of meat, we’ll dramatically improve our prospects as an industry.”

It comes as Cranswick this week reported “robust” interim first-half results for the six months to 26 September, with revenues up 21% to £931.6m, buoyed by “strong retail and export demand” for fresh pork and a 21.5% increase in sales for convenience products.

Like-for-like growth in the six months to 26 September rocketed 17.3% as shoppers cooked and ate the majority of their meals at home during the coronavirus pandemic. This helped the group push operating profits 30.8% higher to £62m, with pre-tax profits up 13.3% to £53.7m.

Cranswick CEO Adam Couch hailed the company’s “strong start to the year”, despite the challenges of the pandemic, while staff were paid a bonus of £500 each at the end of June to “recognise their essential key worker status and valued contribution throughout the pandemic”.

Highlights included a “strong contribution” to the supplier’s new poultry facility in Eye, Suffolk and a £20m investment in a new cooked bacon facility at Hull, while Cranswick’s Brexit preparations were also “well advanced across all areas of the business”.