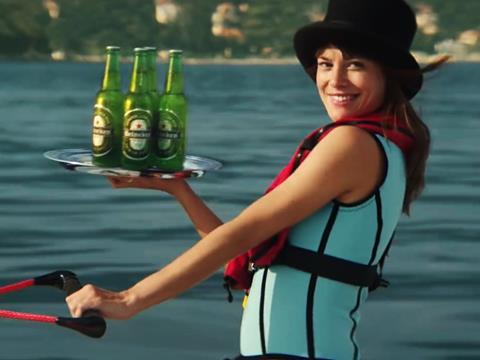 Dutch brewing giant Heineken has confirmed this morning it is currently is talks with Kirin over a possible deal for its Brazilian beer business.

The short statement this morning was “in response to press speculation”, with stories suggesting the two could tie-up a 100bn yen ($869m) deal as early as this year.

Japan’s Nikkei had previously reported that Kirin was in negotiations with Heineken and a number of other parties over potential partnerships to turn around its struggling beer business.

Kirin has been in the country since buying Brazilian brewer Schincariol for $4bn in 2011, but the business has fallen victim to a downturn in the Brazilian economy and intensifying competition in the market in recent years.

Heineken added that the discussions are ongoing and “there can be no certainty that an agreement will be reached”.

The Grocer has the story this morning that Booming investor demand for food and drink brands has fuelled a recordbreaking year on crowdfunding platform Crowdcube, with popular craft brewer BrewDog hitting its £10m target at the end of 2016.

Fundraising in the sector made up more than a quarter of the total £80m pledged on the site in 2016, with 36 food and drink startup, early and growth-stage businesses securing £22.8m.

Chief amongst the fallers in the grocery sector was Finsbury Food Group (FIF), which dropped 5.2% to 109.5p after warning that “further cost recovery” will be required in the second half after flat first half sales.

Premier Foods was down again after its Wednesday profits warning, dropping a further 1.75% to 42p and dipping below 40p earlier in the day.

There were fewer significant risers, but British American Tobacco (BATS) investors continue to come round to the idea of its £40bn acquisition of US tobacco firm Reynolds America, with BAT shares up another 2.2% to 4,734p yesterday.