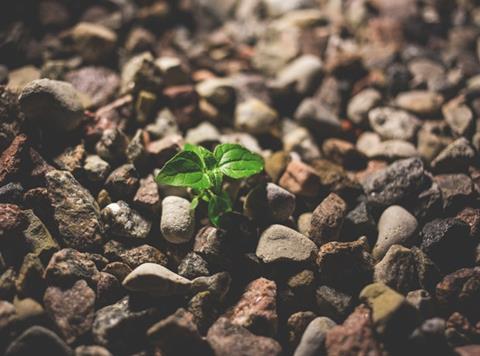 The globe’s largest consumer goods groups have delivered their highest growth for six years but only after using M&A to boost flatlining sales.

Global consumer groups have suffered in recent years from declining sales volumes as they have lost market share to smaller, newer and more niche brand rivals.

The Global 50 has responded by conducting a flurry of M&A activity to buy in the growth they are struggling to achieve organically.

About three-quarters of the revenue growth across the Global 50 was driven by M&A. In total, the Global 50 signed off on 60 M&A deals in the year, up from 41 the previous year.

Industry consolidation of major players in tobacco and alcohol drove the spike in M&A. But there was also significant activity from global food players looking to buy up insurgent brands, expand into new geographies and tap growing consumer trends, like health and wellness.

Tesco’s decision to ditch its Brand Guarantee scheme last week coincides with new data showing it has overseen price rises at a faster rate than its rivals every month for an entire year.

The supermarket has pledged to plough investment into everyday low prices when it scraps its Brand Guarantee later this month and claims it has already cut prices on 260 products by between 10% and 50%.

However, these targeted price cuts are yet to affect its average pricing across its range. The Grocer Price Index has found Tesco’s level of annual price inflation was once more significantly higher than the rest of the big four.

The gap between Tesco and the overall GPI figure had reduced last month to 1.2ppts but rose back to 1.6ppts in the month of 1 July as its overall inflation rose from 2.3% to 2.6%.

Tesco has returned the highest level of annual inflation every month since the month to 1 August 2017.

Click here for the full story on this month’s Grocer Price Index.

Meanwhile, 2018 is on course to be worst year on record for UK high street, according to the latest BDO High Street Sales Tracker for June.

Figures released today by accountancy and business advisory firm BDO reveal UK high street sales declined -1.7% year-on-year in June, marking the first time in at least 12 years that in-store growth has failed to exceed 1% in a single month for the first half of a calendar year.

The final month in what has been a “crippling” first half of the year saw negative like-for-like growth in lifestyle goods (-0.3%), fashion (-2.3%) and homewares (-2.4%). Non-store sales grew by just 10.4%, the lowest year-on-year increase since December 2015 as retailers struggled to cope with further declines in consumer confidence.

Torrential rain and localised flooding across parts of the UK hurt footfall and sales, with overall year-on-year in-store sales plunging by -6.5% in the first week of June.

But the final week ended down by -5.4% year-on-year as the scorching weather made it too hot to shop for many. The overall year-on-year growth figure for the month fell into the red at -1.7%.

Sophie Michael, head of retail and wholesale at BDO, said: “The bleak and crippling start to the year shows no sign of abating, with deep discounting set to eat into margins that are already being stretched paper-thin by poor sales and rising costs, including the much-discussed issue of unfair business rates on high street retailers.

“These numbers confirm what many retailers have already suspected – this has been the worst first half of a calendar year for more than a decade,” she explained.

The FTSE 100 closed the day 0.4% up at 7,603.2pts, boosted by Bank of England Governor Mark Carney’s upbeat comments on the UK economy.

However, Associated British Foods (ABF) plunged 4.2% back to 2,604p after revealing it expected a weaker than expected profit contribution from its sugar division this financial year due to high EU sugar prices. Analysts also suggested the shares were hit by slower than expected growth of Primark’s store estate, despite ABF saying improved profits at the retail chain would mitigate the sugar weakness.

C&C Group (CCR) was up 0.8% to €3.36 after issuing a trading update ahead of its AGM saying recent trading had been boosted by the warm weather and World Cup.