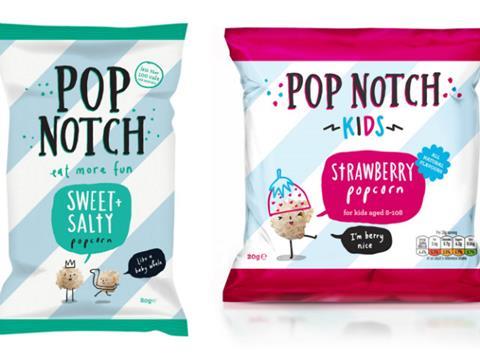 The move comes after its pre-pack acquisition of Devon popcorn producer Portlebay Popcorn for a 75.1% stake for £35k in February last year. All assets from Pop Notch will be transferred to Portlebay site in Devon.

Tayto is moving forward with a growth plan and saw the Pop Notch acquisition as a “natural fit” given its ownership of Portlebay, said CEO Paul Allen.

“We are currently going through a phase of planned growth in the company and this acquisition of a bundle of assets from Pop Notch is one of several recent purchases for us and as we already own a popcorn business, this was a natural fit,” he said.

“We are constantly looking at ways to expand and to secure the Group’s long-term future. The past few years have brought a lot of uncertainty and some challenges to the market, so being adaptable and able to develop through a variety of channels is essential for the sustainability of our business.”