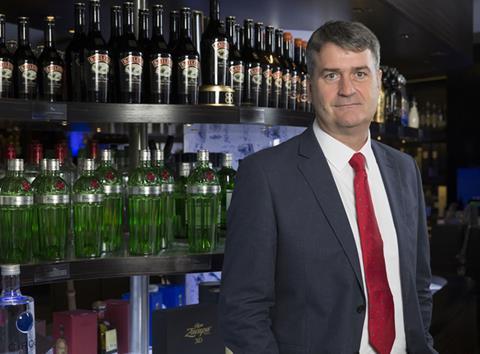 Ireland, who joined as Diageo GB boss in 2016 after a stint as MD of its East African Breweries Division, will leave the spirits giant at the end of this year after 20 years to “pursue opportunities outside of the business”.

He will be replaced by Dayalan Nayager, currently Diageo’s MD for global travel retail, who will take up the role of managing director for GB, France & Ireland on 1 January 2019.

Ireland had “made a significant impact on the business, both on a professional and a personal level”, said Diageo Europe, Turkey & India president John Kennedy.

His replacement, Nayager, has worked for Diageo’s travel retail arm for four years, and had “propelled the business towards unprecedented growth”.

He will be replaced by Eduardo Barp, currently Diageo GM for the Caribbean & Central America.

Diageo GB is also yet to announce a replacement for Guy Dodwell, its former off-trade sales director, who stepped down earlier this year to take up a consultant role at Bristol Distilling Co.

It comes as Laurent Pillet, the head of Diageo’s biggest rival in the UK spirits market, Pernod Ricard, is also due to step down at the end of the year.