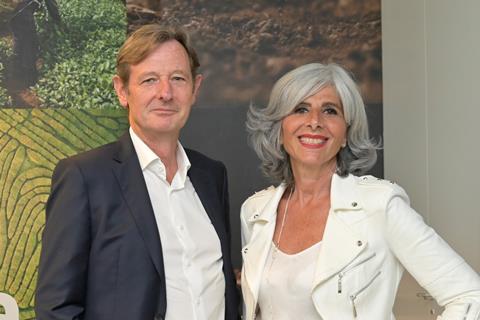 Nathalie Roos, former CEO of l’Oreal Germany, has been appointed as CEO, while Pierre Laubies, former CEO of Jacobs Douwe Egberts and a veteran of businesses including Mars and Campbell Soup Company, has joined the board as chair.

The business said their appointments marked “the beginning of an exciting new phase of Ekaterra’s development as an independent business” since being sold by Unilever in 2021.

Roos called tea “an exciting growth category”, and said the business had “ambitious plans to become a leader in sustainable tea production, in farming and distribution methods, and also as a supporter of the communities in which we operate”.

Laubies said he was “delighted that Nathalie has accepted the opportunity to become CEO of Ekaterra”.

“She has precisely the right blend of skills for the role, with her strong commercial background, her ability to develop great teams and a passion for building consumer brands and delivering growth.”

Roos replaces outgoing CEO John Davison. Davison said he was “proud of the Ekaterra team who have achieved several milestones, carving out the business from Unilever and establishing it as an independent company”.