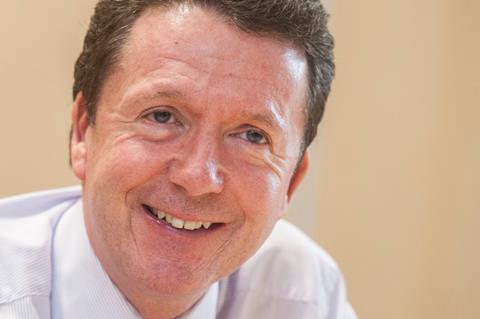 Former Premier Foods CEO Gavin Darby has been made chairman of London food redistribution charity The Felix Project, as it copes with huge extra demand in the wake of the coronavirus crisis.

Darby, who stepped down last year as president of the FDF and led Premier Foods for six years, has also worked with several other major fmcg and telecoms businesses across Europe, US, Africa, India and China.

He will work alongside deputy chairman of The Felix Project, Justin Byam Shaw, who founded it in 2016.

The Felix Project is London’s largest food redistribution charity. Before the outbreak it estimated every day in London, 1.5 million adults and 400,000 children went hungry. However, it said the figure was now far higher.

Its aim is to get food to people in need; rescuing surplus food that is fresh and nutritious from wholesalers, restaurants and supermarkets, and deliver it to food banks, charities and schools using ‘Team Felix’ volunteers.

The food helps vulnerable people in the capital city, including the homeless, struggling families, refugees and domestic abuse survivors.

“Both food waste and food poverty are massive issues, and I’m hugely impressed by the dynamism and commitment of the charity and its volunteers,” said Darby.

“It is nothing short of astounding that The Felix Project have gone from delivering 10 tonnes of food a day to over 40 tonnes, in the space of a month, to help the most vulnerable people in London who are going hungry during lockdown.”

He added: “The impact of Covid-19 is going to be long-lasting for all of us, and none more so than the most vulnerable. It is inevitably going to take a lot of work to respond to the fallout of this disease. I know The Felix Project will be at the forefront of the new hunger crisis for years to come.”