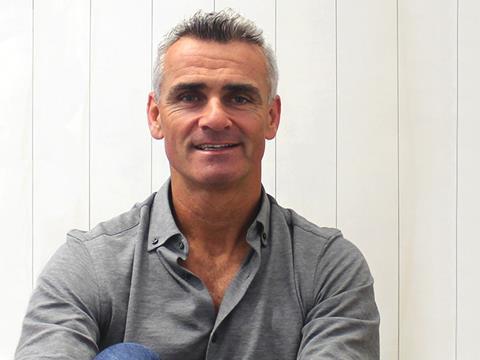 Giles Brook is handing over the reins at Vita Coco after 12 years building the coconut water category in the UK and Europe.

UK MD Tim Rees has expanded his responsibilities to include the whole of the EMEA region, with Brook moving into a strategic advisory role at group level.

Brook, who has been EMEA CEO since 2009, will now work with Vita Coco CEO and co-founder Michael Kirban and the board in the US to focus on expanding the group’s platform of ‘better for you’ drinks globally.

He will also look to build his personal portfolio of investments in UK challenger fmcg brands, as well as considering non-executive and chairman positions.

“I’m really proud of what the European Vita Coco team have achieved over the past 12 years,” Brook said. “We’ve built a multimillion-pound category from inception and we’re back to a 70% market share of coconut water, which as an independent business that has gone head-to-head with PepsiCo and Coca-Cola-owned brands, speaks volumes about the strength of the Vita Coco brand, business and people.”

Vita Coco has retail sales worth more than £50m in EMEA and has expanded its range under Brook, with pressed, sparkling, CBD-infused, vitamin-added and dairy-free innovations.

The group also launched US natural energy drink Runa in the UK in 2019 as part of its strategy to offer a portfolio of ‘better-for-you’ beverages.

Taking over in EMEA is Rees, who joined Vita Coco as UK commercial director in 2016 before a promotion to UK MD in 2017. “Tim has done a truly outstanding job since joining us in 2016,” Brook added. “After 12 years, it’s the right time for this transition and I’m both indebted and delighted to be able to hand over the European business to Tim.”