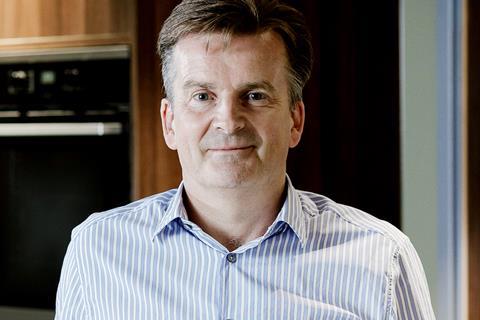 Waitrose commercial director Rupert Thomas has been named director of food and grocery for John Lewis Partnership, as part of the radical management restructure that will bring the two brands together from the start of next month.

His new role will give him responsibility for both Waitrose and John Lewis, and he will report to the new executive board led by incoming chairman Sharon White.

Thomas, who joined Waitrose from Sainsbury’s in 2003, is one of three members of the Waitrose board to survive the executive cull of the Future Partnership plan, masterminded by outgoing chairman Sir Charlie Mayfield.

Customer director Martin George is set to become director of marketing and IT director Mike Sackman has been appointed as chief information officer.

The new positions are understood to work in a similar way to the current Waitrose management board, but all the roles will be working across Waitrose and John Lewis.

Waitrose MD Rob Collins, who helped develop the new strategy to align the two business more closely, is leaving at the end of this month as part of the shake-up.

Supply chain director Wim van Aalst is also leaving, as reported by The Grocer in October last year, after the new plans were announced.

It isn’t yet clear if there are roles in the new structure for the remaining three members of the Waitrose board: digital director Ben Stimson, personnel director Jo Walmsley and finance director Ross Avery.

It was also announced this week that director for shop and trade Mark Gifford would leave the business to become chief executive at the National Citizen Service Trust.

A spokeswoman for JLP said more than 90% of leadership appointments had now been confirmed, with more details to be announced by Sharon White when she takes up her role at the start of February.

The Future Partnership plan will see a new executive team, comprising seven new director roles led by White. A total of 75 senior management head office roles - from 225 - will disappear in the new structure, saving the company an estimated £100m.

John Lewis managing director Paula Nickolds, who was set to be executive director for brand, left the business last week in a shock move following the announcement of plunging sales and profits at the department store over Christmas.

It leaves three major roles on the new JLP executive board yet to be filled, with White expected to announce new appointments for strategy director and trading director in the first week of February. Her plans to fill the now vacant brand role are not yet known.

Group finance director Patrick Lewis will run finance, personnel director Tracey Killen will take on people and Andrew Murphy switches from CIO and transformation to operations while John Lewis operations director Berangere Michel is promoted to the new board as executive director for customer service.

“Overall, in the space of four months we have moved liked greased lightning to get to the position where we have got the right people in the right reconfigured roles,” current chairman Charlie Mayfield told The Grocer.

“That starts on the 3 February and the people going into those roles are really excited. Sadly, it means we’ll be saying goodbye to about 75 senior leaders. But we are in really good shape for Future Partnership.

“I would love for Rob [Collins] to stay, but he was very clear. Rob was brilliant in terms of being a key architect of Future Partnership. He is totally supportive of it, but he was always incredibly clear with me, really from the very first conversation, that, having been managing director of Waitrose very successfully for four years, he decided it was time to move on to other things. So, while I would love to see him stay, he has made his decision very clear and he is not changing it.”