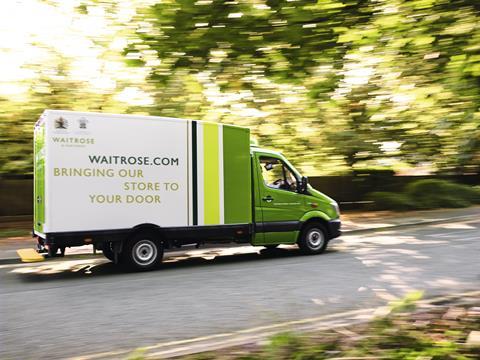 Di Cello and Burbedge will take up their roles in January

Charlotte di Cello will take over from Thomas next month, who is leaving the John Lewis-owned grocer after 17 years with the business.

Di Cello has experience across the retail and grocery sectors in finance, strategy and trading, including at Sainsbury’s as category manager for canned and packaged goods. She spent around 13 years at Sainsbury’s in various roles including head of food, Asia; head of finance strategy, China; and business unit finance manager for fresh and frozen foods.

Waitrose also confirmed Laura Burbedge as its permanent director of online. She has held the role on an interim basis since October, having taken over from Ben Stimson who left to take up a leading role with NHS Test and Trace.

She has worked at the supermarket for the past four years, first as head of digital development before becoming interim director of online three months ago. Her previous experience includes head of business transformation at design and communications agency AKQA and senior business analyst at M&S.

Waitrose said Burbedge had played an integral role in the successful growth of its online business this year as the supermarket parted ways with Ocado.

Both she and di Cello will report to Waitrose executive director James Bailey.

Bailey said both roles were “pivotal to the delivery of the Waitrose strategy to ensure we maintain our leading market position on quality, ethics, availability and value for customers”.