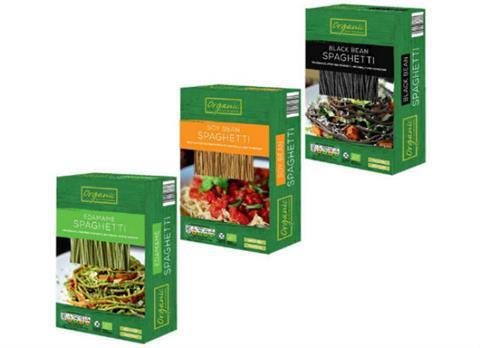 Britain’s supermarkets are looking to capitalise on Veganuary with the launch of a host of innovative vegan products.

Sainsbury’s launched a range of seven “next-gen” plant-based SKUs into 500 stores on 1 January, including what it claims is the first pulled jackfruit in a UK supermarket. It launched Sweet & Smokey BBQ Pulled Jackfruit in response to the fruit’s recent boom in foodservice, it said.

It also unveiled a duo of Shroomdogs in caramelised onion and Cumberland variants, offering the same “full-on flavour and mouthwatering meaty texture” as a meat sausage but with 80% less fat, it claimed.

Mushroom Mince, Indian-inspired Cauli Burgers and Cauli Steaks complete the £1.50-£3 range under the ‘by Sainsbury’s’ brand.

It comes as flexitarianism takes hold in the UK, with 91% of Brits cutting down their meat intake last year [Mintel Meat-Free Foods Report].

“With Brits actively reducing their meat consumption, there is a clear appetite for exciting and new ways to introduce more vegetables into our lives,” said Georgina Lunn, Sainsbury’s product developer for fresh produce.

Meanwhile, Aldi launched a Specialbuy event on 4 January with affordable vegan options for those looking to sample the lifestyle, said a spokeswoman.

Ocado has announced it will add more than 90 SKUs to its vegan offer throughout the month. It will launch branded and own label products into its dedicated vegan web-shop. This would makes its vegan rang the largest of the mults, claimed the retailer.

Veganism and flexitarianism had seen “a real surge in popularity in recent years, with plant-based alternatives becoming a key focus for us” said Ocado buying manager Jacques Thudichum. “We hope to provide customers with everything they need, whether looking for simple swaps or fully embracing the vegan trend.”