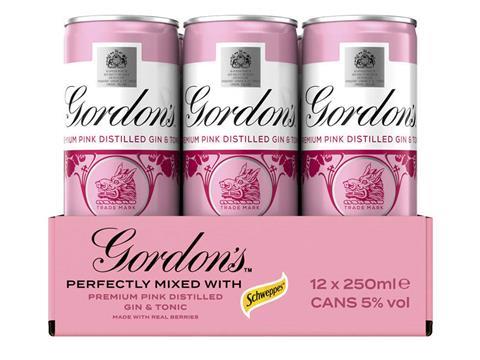 Diageo was not available to comment at the time of going to press, and it is unclear whether further listings have been secured at this stage.

Head of Gordon’s Annalisa Tedeschi previously said pink gins had “a huge opportunity for success” in the UK, based on their success in the flourishing Spanish gin market, where they were responsible for a huge portion of total gin sales.

Gordon’s Pink has proved one of the spirits sector’s biggest success stories since launching into Tesco last summer (it rolled out to the other mults in October).