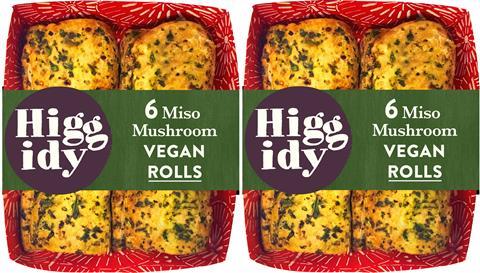 The Miso Mushroom Vegan Rolls are launching to coincide with Veganuary

Higgidy is jumping on the vegan sausage roll bandwagon.

It has created Miso Mushroom Vegan Rolls – its first foray into plant-based rolls – which are made with chestnut and porcini mushrooms, pearl barley and spring onion with miso and soy, wrapped in vegan puff pastry and topped with a crispy kale seaweed crumb. 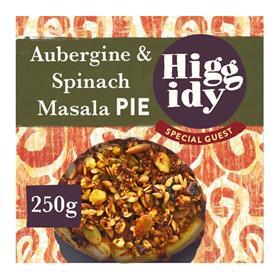 It has also unveiled a new limited-edition vegan aubergine & spinach masala pie, which is spiced with cumin, chilli and garam masala, enclosed in vegan shortcrust pastry and topped with a puffed rice, date and pumpkin seed crumb.

The vegan rolls will launch into Waitrose in packs of six (rsp: £2.60) and Boots in twin-packs (£1) from 30 December. The six packs will then hit Sainsbury’s from 1 January and Ocado from 13 January.

The limited-edition pie, meanwhile, will roll out for a limited time into Waitrose from 30 December and Sainsbury’s from 1 January (rsp: £3.90/250g).