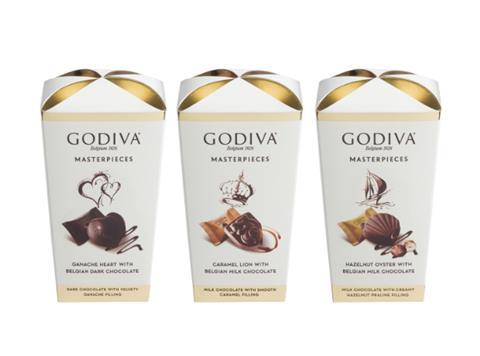 Godiva luxury chocolate is available from UK supermarkets for the first time, following the launch into Sainsbury’s of the Pladis brand’s new Masterpieces range.

Having previously been available through its own boutiques, duty-free retailers and premium department stores, the move into the high street grocery would “bring Godiva in to a wider public consciousness”, said the 91-year-old brand.

Godiva combined “nine decades of traditional chocolate artistry with the latest innovation”, said Jon Eggleton, Pladis managing director for UK & Ireland. “We are hugely excited to be expanding in the UK, working with Sainsbury’s to bring luxurious, premium products and in-store experiences that are brand new to this market.”

The move comes after Godiva named Annie Young-Scrivner as its new chief executive officer. She will replace Mohamed Elsarky with effect from 14 September.