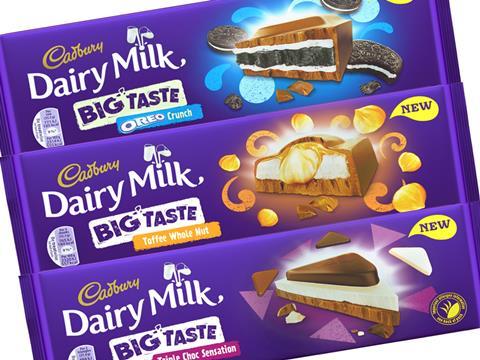 Mondelez is launching its Cadbury Dairy Milk Big Taste as a countline this summer.

Rolling out from August, the 43g NPD comes six months after the debut of the Big Taste range as a 300g tablet for sharing, which has since sold almost two million units, according to the supplier.

The new single - in the Toffee Whole Nut variant - will be aimed at consumers seeking ‘textured eats, chunky bites and intense chocolatey flavours’.