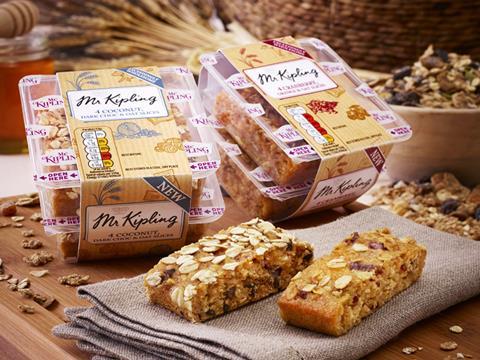 Mr Kipling hopes to appeal to healthy eaters with the launch of the low-calorie Exceedingly Good range.

The first two variants, Cranberry & Orange Oat Slices and Dark Chocolate & Coconut Oat Slices (both rsp: £1.49), are under 140 calories per 33g portion and have no more than 1g of saturated fat, making them a lighter option than an equal-sized Angel Slice.

The NPD is targeted at consumers who prefer natural, ‘better for you’ options and want to snack outside elevenses and teatime. The launch follows a successful 2015 for Mr Kipling, which along with sister brand Cadbury Cakes delivered nearly £16m growth for Premier Foods [Nielsen 52 w/e 3 October 2015].