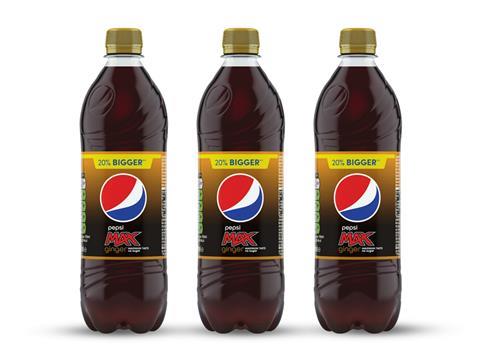 Pepsi has added a new flavour to its Max portfolio in the UK: Ginger.

The launch is set to be supported by an investment focusing on the brand’s New Taste strapline throughout June and July, across TV, outdoor, digital, in-store and a nationwide campaign of one million samples.

The opportunity for sales of Max Ginger was “huge”, said Kevin McNair, marketing director at Britvic, which distributes Pepsi drinks in the UK. “Of the 16 million people buying cola, 16% of them also buy ginger-flavoured drinks.

“Great taste is integral to the brand so it was vital to get the flavour right with this innovative new product, and we’re delighted with the end result.”

The new soda would “bring some real excitement to the cola category”, he added

According to the blog Grocery Gems, the NPD “provides a zingy flavour and background warmth”. It joins a Max range in significant growth, up £26.7m in value, making it responsible for the vast majority of Pepsi cola’s extra £29.6m of sales [Nielsen 52 w/e 8 October 2016].