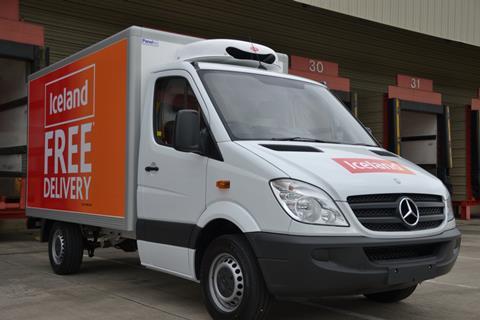 Iceland has restored delivery services to near pre-coronavirus levels, with next-day slots widely available, according to the supermarket.

It comes as rivals’ online services continue to struggle under the weight of demand during the Covid-19 emergency, with most forced to prioritise getting essentials to the most vulnerable.

Sainsbury’s has suspended the offer of delivery for healthy customers in parts of the country. A message on the supermarket’s website informs those not identified as vulnerable that they can book a click & collect slot instead.

Tesco CEO Dave Lewis has also urged customers who can safely visit stores to do so, as it works to ramp up its delivery capacity.

The Grocer reported last month that Iceland was increasing its home delivery capacity by 250% by bringing more of its 120 Food Warehouse stores online. It’s unlocking the online capacity of stores between 10,000 and 15,000 sq ft, compared with the typical Iceland’s 5,000 sq ft.

Iceland had also recruited 1,100 extra drivers during the Covid-19 outbreak and 3,200 store assistants to help with picking orders, according to the supermarket.

The frozen food specialist has begun emailing customers to inform them delivery slots are available in their area.

The supermarket was also now “confident enough” in availability to have added a banner to its homepage informing customers that new slots were released at 11am on Mondays to Fridays, a spokesman said.

Like other supermarkets, Iceland has received a ‘shield list’ of people highly vulnerable to coronavirus. The spokesman said it had contacted 250,000 customers who were on the list to offer them priority access to online orders.

Tesco last week became the first UK retailer to fulfil one million online grocery orders in a week, having doubled its number of slots since the coronavirus crisis began. However, slots for non-vulnerable customers remain unavailable until next week in parts of the country.

Environment secretary George Eustice last week acknowledged that online grocery did not have the capacity to serve the millions of vulnerable people self-isolating. The government confirmed plans - revealed earlier by The Grocer - for a nationwide network of volunteer shoppers to help get essentials to those unable to visit shops.