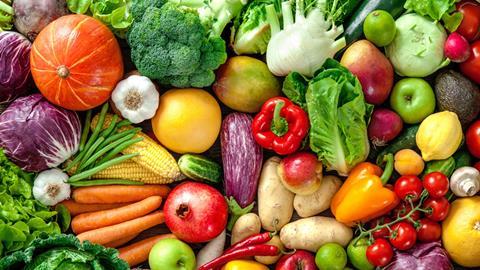 This week the government threw its considerable weight behind a new war on obesity, following an overweight Boris Johnson’s near-fatal brush with coronavirus.

While its intentions were admirable, its plans were criticised for lacking detail in some areas and breeding uncertainty in others. Frustratingly, as has so often been the case with policy in the May and Johnson eras, it seems to be very much a case of legislating for what the government is against, rather than what it is for.

The PM wants more people to reach for the fruit bowl rather than the sweetie jar, and yet his very own administration’s handling of Brexit could damage that aim.

As it stands, a lack of detail on border controls for when the transition period ends in almost exactly five months’ time means importers are struggling to plan for how they’re going to get fruit & veg into the UK.

Meanwhile, silence on whether the Seasonal Agricultural Workers Scheme is going to be scaled up to cover the 70,000-80,000 required workers is deafening. Growers need to know pretty sharpish as they start recruiting for next season from September.

On Tuesday, the Fresh Produce Consortium warned that without urgent action on these issues, there could be a “perfect storm” of shortages of fruit & veg and price hikes in 2021.

The big questions for importers, according to FPC CEO Nigel Jenney, are which products will be deemed to be ‘controlled’ or ‘high risk’, thus requiring pre-notification and checks? Where will consignments be cleared? And will these facilities be resourced properly to avoid delays and increased costs?

These questions are not political hot potatoes, so much as a request for basic, granular detail. So why is the government sitting on its hands?

Tellingly, the EFRA Committee’s report on Covid-19 and food supply released today (30 July), said a “disorderly end to the transition period” posed a “potentially greater” challenge to importing food than the Covid-19 pandemic and warned the government it “cannot afford to be complacent”.

Likewise, on the labour front, growers have repeated until they’re blue in the face that they need at least 70,000 seasonal workers across a UK harvest season and expect most of them to come from abroad.

As we reach the rough halfway point of the UK season, that need has only been reaffirmed.

Despite claims by environment secretary George Eustice that it has been a massive success, the Pick for Britain recruitment campaign has not provided a consistent land army – with the success rate of “finding people suited to the work, who want to work those hours and give that commitment for a period of months” being “relatively low”, according to British Summer Fruits chairman Nick Marston.

NFU horticulture board chair Ali Capper tells The Grocer that while there “are still some British workers” on farms, there is “not the same number that started if we go back to the end of May” because many have gone back to their original jobs thanks to the ‘un-lockdown’.

Anecdotal evidence has also begun to emerge showing the British workers who have stayed on farms – apparently known as the “die hards” in some quarters, Capper says – have been unable to match the work rate of their migrant counterparts.

Two soft fruit farms Capper has spoken to provided preliminary data showing the productivity of UK workers was on average almost half that of experienced migrant workers.

This massive difference in productivity “is a cost to the business that’s very difficult to recover,” Capper adds. “Especially when we’ve got price wars going on between the major supermarkets.”

Clearly Pick for Britain has, at least in part, got growers through their lockdown labour difficulties, but it’s not a long-term solution for the post-Brexit labour problem.

These fundamental issues urgently need attention from the government, not just for the sake of its fat-fighting strategy, but also to secure the long-term future of a growing industry already struggling with ever-tightening margins.