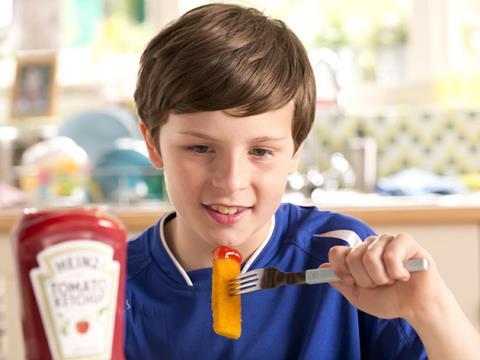 The ink was barely dry on news stories that 3G Capital was in talks to buy Kraft Foods before a full-scale announcement confirmed the merger.

As can often be the case with M&A activity of this vast scale, the flurry of interest in the deal is yet to reveal too much in terms of meaningful information for the constituent companies in this merger.

At this early stage, it’s all about convincing the market that the merger makes financial sense.

3G Capital, along with fellow Heinz owner Warren Buffett’s Berkshire Hathaway, is to inject an additional $10bn into the merged company.

The battle to win the hearts and minds of investors has certainly started well enough, as Kraft shares are already up 41% today on the news.

But how the companies will work together is less clear, and the media call this afternoon didn’t shed too much extra light on the situation either.

The synergies are more apparent in North America, where the group will become the third largest player and together have a host of the region’s biggest selling grocery and fmcg brands.

But internationally the two are very different beasts. Heinz generates around 67% of its $10.9bn annual revenues internationally, but Kraft Foods is almost entirely North America-focused, a result of packaging up its international businesses and spinning them off as Mondelez in 2012.

One obvious benefit is that the merger could allow Kraft to use the reach of Heinz to grow its brands internationally.

Newly appointed CEO of The Kraft Heinz Company Bernardo Hees suggested as much this afternoon. “The fact that Kraft brands have the brand awareness they have in key markets, with between around 80% and 100% in 14 of the most important markets around the world, we think that is extremely valuable,” he said.

”I think the synergies and potential here is that we on the Heinz side have infrastructure in place in those markets, so we think it is a great opportunity for the Kraft brand around the world.”

However, Kraft’s more notable international brands, like Philadelphia, are locked up under licences and/or currently sit with Mondelez. Whether there will be an attempt to get these back under the Kraft umbrella – and how easy that will be – is not clear.

There is also the sobering possibility for Kraft and Heinz employees that growth could be achieved through a measure of cost-cutting.

Certainly Heinz’s 35% increase in adjusted EBITDA last year owed plenty to lower costs. Just this week Heinz UK confirmed that 71 jobs have been cut at its baked beans processing plant in Wigan, while 200 jobs were put at risk by plans to close its Norwich-based Aunt Bessie’s plant.

Understandably, the news of the merger has made UK unions nervous. Unite said today is was seeking an “urgent meeting” over UK jobs, saying: “We want to know what the combined company’s future business plan will be for its sites in the UK.”

Unfortunately it is likely to take some time before any clarity emerges on what the combined Heinz/Kraft will look like – particularly outside its North American heartland. Even if it sails through the regulatory and investor approval process, it will be late 2015 until the merger is official.

There’s no doubt the repercussions of the merger will reverberate far wider than North America. Any material impact on the UK grocery market, though will take far longer to emerge.