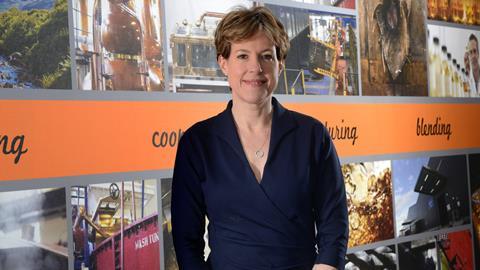 Karen Betts: the diplomat with a passion for whisky

SWA chief Karen Betts is drawing on her diplomatic experience to resolve punitive US tariffs on scotch whisky. Brexit is next on her to-do list

It’s a good thing Karen Betts is a diplomat by trade. If not, her thoughts on Donald Trump – whose punitive scotch whisky tariffs have dominated her work over the past year – may not be for these pages. Instead, the CEO of the Scotch Whisky Association is keen to avoid ruffling feathers.

Her admission that “trade disputes can be pretty brutal affairs” is as far as she goes. In fact, she insists Trump himself is not to blame. “Every presidency is different but when you get into the details of something like these trade disputes, I think US policy is pretty consistent,” she says.

Still, it’s clear the situation has taken its toll. In August, the former British ambassador to Morocco and self-confessed “foreign policy wonk” took a rare break from her typical diplomatic style to hit out at the UK government’s “inexplicably slow” approach to opening direct talks with Washington. It was, Betts said at the time, “too little too late”.

The frustration is understandable. After all, international trade secretary Liz Truss started a dialogue with the US on the tariffs seven months after Betts herself initiated direct talks with US trade officials.

“The trips to Washington were about understanding how things look from the US point of view and making sure then that we reflect that in our conversations with the UK government,” she explains. “We learned on that visit that you can have a [UK-US] trade negotiation going but the disputes must be resolved in themselves. A trade negotiation is not going to resolve the disputes. The US government was very clear about that.”

“A trade negotiation was not going to resolve the disputes. The US government was very clear about that”

Meanwhile, the industry has been very clear that the dispute cannot continue. Because, as Betts says, the impact of the 25% US tariff on single malt has been brutal. Launched last year in retaliation for illegal EU subsidies to Airbus, it is costing Scottish whisky producers £30m each month. Distillers have been forced to bear almost two thirds of the UK’s total tariff burden. Jobs are now at risk.

This tough environment means, three years into her stint at the SWA, Betts now finds herself heavily drawing on her skills from 16 years of Foreign Office postings. She’s cajoling officials in Washington, London and Brussels to find a resolution before her members are forced to start cutting staff.

Crucially, Betts wants this to happen before the US election next month. Otherwise, the inevitable upheaval will push all talk of a resolution firmly off the agenda. “It’ll take any new president some time to get their new team in place, and their senior team will need to go through confirmation hearings in the Senate,” she explains.

“So if we don’t get the tariffs resolved and removed by the end of October, they are going to be in place for many months to come,” she says. By that point, lost sales of scotch whisky will likely have topped £500m.

Betts is convinced, however, that whoever is in the Oval Office come January, the final outcome of the tariff war will be largely the same. While EU officials have reportedly bemoaned the lack of engagement by the Trump administration, Betts believes the president has had little impact on the 15-year Airbus dispute, which has become “essentially the settlement of litigation”.

Of course, the US dispute isn’t the only upheaval facing scotch whisky. There is also the small matter of Brexit.

Betts took over as CEO of the SWA in 2017, replacing David Frost, now the UK’s chief EU negotiator, after he returned to London to become Boris Johnson’s special advisor at the Foreign Office. While CEO, Frost was a vocal advocate of Brexit’s potential impact on the scotch whisky industry and called on government in 2016 to “bring clarity to the transition to Brexit as soon as possible, and to negotiate to ensure that the current open trading environment is not affected”.

Let’s not forget that Betts has her own influence in government circles. Last month, she was appointed to the newly formed Board of Trade, set up by Liz Truss to act as a sounding board for the government as it develops its own independent trade policy. It has not yet met, but has already made front-page headlines due to the appointment of Tony Abbott, the former Australian prime minister, who has come under fire for homophobic and misogynistic comments.

Betts refuses to be drawn on his suitability for the role, but is clear on one thing. “The board has got some very strong membership from women,” she stresses. “So I would have thought we will be more than capable of dealing with any outdated or left-field views and comments.”

Indeed, the whisky industry itself has been perceived as a macho domain. That culture was called out just last month by industry journalist Becky Paskin, who branded Jim Murray’s Whisky Bible – cited as ‘the world’s most influential book on whisky’ – “sexist and vulgar” for its sexualised comparisons of certain whiskies to women.

In a Twitter thread that launched an industry-wide conversation, Paskin suggested “this is whisky’s me-too movement”. Several major whisky brands have publicly denounced Murray and his book, while Paskin told the New York Times last week that she had since been inundated with women recounting their own stories of sexism and harassment in the industry.

Betts doesn’t go as far as describing it a wake-up call for whisky, but she hails the conversation as a positive move. “The fact there is a debate about some of these issues now is a good thing,” she says. “If you talk to any of our members, they will all say how important diversity and inclusivity is to our industry.”

The SWA coincidentally released its own diversity charter last month, calling on producers to aspire to a 50:50 female/male workforce and eliminate any gender pay gap. Most members are now signed up, says Betts, but recruiting with diversity in mind can remain a tricky issue for some distillers. “When you talk to companies about [recruitment] you bump up quite quickly against some quite outdated perceptions about what it is to work in the scotch whisky industry that may put people off from applying for a job.

“For instance, there is a perception that as a woman you couldn’t really work in a lot of distillery jobs because that requires too much manual work,” she explains. “Now, of course, there’s quite a lot of automation such that physical strength isn’t nearly the issue it used to be.”

If the US dispute and Brexit negotiations are anything to go by, diplomacy is perhaps the new key skill most needed in the whisky industry. Luckily, that’s one thing Betts has in spades.

Family: Married with one son and one daughter. And an ageing American labradoodle.

Potted CV: Started out as a lawyer working in London and Hong Kong. Moved to the Foreign Office for 16 years doing a variety of jobs in London and then postings to Brussels, Baghdad, Washington, DC and Rabat in Morocco. Joined the Scotch Whisky Association in 2017.

Best career decision: Working in Washington, DC. It gave me an inherent understanding of how US politics and policy works, which has been hugely useful ever since.

Favourite way to drink whisky: In the summer a Rob Roy cocktail, sitting in the garden in the evening sunshine. In the winter, with water next to the fire.

Currently reading: Redhead by the Side of the Road by Anne Tyler.