We must protect store workers – and pay them fairly 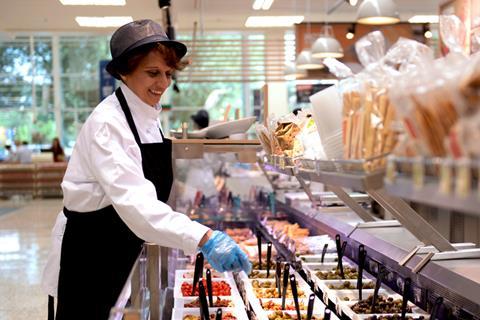 Amid the unfolding coronavirus pandemic, store workers across the UK’s major supermarkets face unprecedented challenges as they seek to balance the need to earn a living, keep shelves stocked and, critically, safeguard their own health and safety.

As the UK lockdown continues, store workers have been designated ‘key workers’ under the government’s guidance and are working to keep shelves stacked and the country fed. In recent weeks, stores have introduced additional measures to comply with the government’s policy of social distancing. However, store workers are not afforded social distancing to the same extent as consumers.

In addition, they are consistently having to adapt to the changing situation, with the added pressure of interpreting and implementing the government’s social distancing guidelines to keep customers – and themselves – safe. They now also have responsibility for ordering people to line up outside stores at least two metres apart and monitoring the number within each store. This extra responsibility is significantly outside the scope of what they would have envisaged as they entered their employment contracts, and will place them under additional stress.

Supermarkets have, rightly, announced they will compensate staff to recognise their efforts during the pandemic. Marks & Spencer has promised an extra 15% pay, Aldi, Sainsbury’s and Tesco have pledged 10%, while Morrisons has offered 6% and Asda an extra week’s pay in June.

These increases are all richly deserved but, in the case of the big four supermarkets, fail to recognise the pre-existing pay difference between the predominantly male distribution centre workers and the predominantly female store-based employees. This discrepancy in pay is the basis for the equal pay claims launched by thousands of store employees against their employers – including our own Tesco Equal Pay Action campaign, which began in 2018.

The reality is that a 10% increase to a Tesco store worker’s hourly rate brings it roughly in line with what distribution centre employees receive as a normal hourly rate. This comes in spite of the dangers posed by the virus skewing more towards the predominantly female workforce in the public-facing roles on the shop floor.

And it comes at a time when the supermarket sector is not only recording unprecedented sales figures, but also benefiting from government support.

In Tesco’s case, at the same time as declaring a £635m final dividend payment and experiencing a 30% increase in sales over the recent weeks, it has been handed a £585m business rates holiday.

People are questioning why such breaks should apply to supermarkets like Tesco, whose businesses not only remain operational but popular. It also bears asking why the big four aren’t using this opportunity to address the equal pay issue affecting store-based hourly paid employees, without whom they wouldn’t exist.

We are all living through difficult and uncertain times. In addition to the remarkable NHS and frontline staff putting their own lives on the line to save others, there are thousands of key workers tirelessly keeping the country running – at no small risk to their own health and safety. Being paid fairly is the least they deserve.