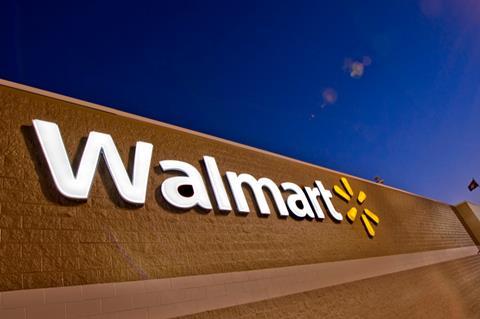 Asda’s IPO plans are likely to flush out other interest for the retailer, which has been rumoured for sale since the CMA blocked its merger with Sainsbury’s

Asda is to invest £80m into price cuts, after US parent Walmart revealed plans to list the supermarket on the stock exchange following the CMA’s decision to block its merger with rival Sainsbury’s.

Walmart International president and CEO Judith McKenna told 1,200 of its managers at a meeting at its Leeds HQ yesterday it was considering a stock market listing, although she added it “could take years”,

“You were a good business going into the merger and under Roger’s leadership you - all of you - made this a stronger business over the last year,” she said. “I believe that, looking ahead, you have the potential for even greater things, and Walmart will ensure you have resources to do that.”

Since the CMA’s decision rumours have been flying that Asda could be sold, with private equity house KKR touted as lining up for a bid, and Asda’s IPO plans are likely to flush out other interest for the retailer.

However, McKenna told staff: “Much of what you’ve heard is just speculation.”

“Walmart does not have a one size fits all approach to operating its international markets, but a consistent focus on strong local businesses powered by Walmart.”

“While we are not rushing into anything, I want you to know that we are seriously considering a path to an IPO - a public listing - to strengthen your long-term success.”

She added that any preparations for IPO would “take years” and that colleagues’ primary focus should remain on delivering its strategy to “make you the best Asda you can be”.

“Now is the time to stay focussed. You can drive sales in your store and make a difference to your customers and colleagues. This is not a market where success comes easily or without a lot of effort, but you have the skills, the tools and most importantly the attitude to be successful.”

Meanwhile Asda CEO Roger Burnley told staff to “forget the language plan A and plan B” and concentrate on its own ongoing turnaround strategy.

He announced the US owner would be ploughing £80m into further price cuts this year in a renewed bid to take the fight to the discounters.

“There has always been one clear strategy for Asda. It requires momentum in the short term, growth in the medium term and sustainability in the long term - we need to prioritise and focus on what will make a difference to customers versus what won’t,” he said.

Yesterday’s announcements also saw Burnley promise to unleash a new in-store technology blitz across the estate in a bid to cut costs and speed up the shopping trip for customers.

He told staff that “ease is almost as important as price” and said there would be a series of new initiatives and trials of technology to help accelerate its absolute focus on a “hassle free” shopping experience, including a trial of same-day grocery deliveries.

Asda will also extend its mobile Scan and Go offer, already launched at 25 stores last week, to further stores over the year, as well as additional Click and Collect collection towers.

Burnley also revealed the retailer’s Stevenage store would become a “tech store”, where it will test a new range of technology solutions to help the retailer understand the benefits of a number of different technologies working together.

“Innovation is in our DNA,” said Burnley, urging managers to “be an entrepreneur” and submit their ideas through the retailer’s ‘Innovation Den’.

The focus, he said, was on “think big, start small, learn and scale fast”.