Crucial Christmas sales will tell us if Morrisons' recovery is real 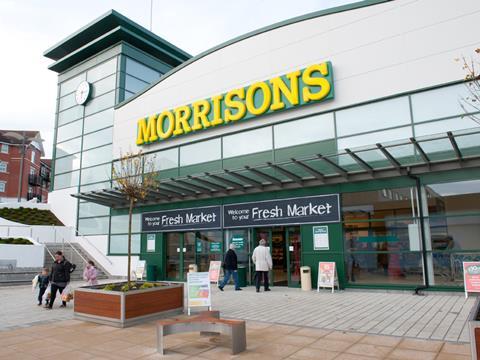 Morrisons’ sales are falling, but rate of decrease is slowing

After driving the supermarket’s share price up 6% on Thursday largely on relief that the 6.3% like-for-like sales decline wasn’t worse, Morrisons shares were back on the way down today.

While clearly there will be some profit taking going on, the share price volatility is also partly attributable to differing views on where Morrisons is in its recovery plan.

The two camps of thought currently seem to be that either that Morrisons has already hit the bottom and is now beginning an upwards curve following decisive management decisions; or that the rate of progress is worryingly slow given the length of time Morrisons’ like-for-likes have been falling and its huge investment in price and vouchering over the summer.

Both arguments look to have their merits.

Firstly, Morrisons performance was certainly improved in the third quarter. The 6.3% like-for-like sales fall was some way better than the 7.4% first half like-for-like plunge and other metrics are improving too. The number of customer transactions was down by 3.3% year-on-year and items per basket dropped by 2.4%, but both were improvements on the second quarter (-5.0% and -3.2% respectively).

Additionally, as Charles Stanley analysts point out, a significant chunk of the like-for-like sales fall is self-inflicted. Approximately 3 percentage points of the 6.3% decline is due to price deflation – between half and three quarters of which is due to Morrisons’ own widespread price cuts.

Charles Stanley wrote: “The three year plan announced in March to reposition the business for the more challenging operating environment remains on track. Good progress is being made narrowing the product range and reducing the number of promotions.”

Together with Morrisons’ confidence in finding £1bn of cost savings over its three year plan and the predicted £400m-£500m reduction of full-year net debt, CEO Dalton Philips looks to have good reason to be “encouraged by the further progress we have made”.

However, Bernstein’s Bruno Monteyne feels small signs of progress are being overblown.

He wrote: “While even the most bullish investors could point to a small sequential improvement of LFL sales, the LFL decline were worse than market expectations. Worse still, we note the heavy vouchering activity early in the quarter and longer opening hours. Both of these measures will likely have a detrimental effect on margin.

He added that the run rate of sales growth has also deteriorated through the quarter as the effect of its huge vouchering activity wore off.

“Management also reduced guidance on M Local space growth, again,” he added. “This raises further concerns on management’s execution, outlining a plan but failing to commit to it.”

Philips’ comments yesterday were taken in some sections of the media as a “plea for time”. Certainly the effects of its much-trumpeted Match & More scheme will take significantly longer to feed through to the bottom line, but it might be that Morrisons’ entire pricing investment also needs to be given longer to able to credibly assess its impact.

Shore Capital’s Clive Black noted: “We know from Asda’s experience that it took the best part of nine months for its more value orientated and simplified proposition to demonstrate relative and absolute performance in trading terms in 2013.

“Accordingly, more than six months on since the March launch, Morrison’s is entering a quite critical quarter when sales quite simply must materially improve for ongoing forecasts to be met in our view.”

One factor that will start working very much in Morrisons’ favour is that its year-on-year comparables start becoming easier from this point onwards as it was during the autumn of 2013 when its sales collapse began in earnest.

Black notes: “Q4 FY2015 by the very favourable comparative of minus 5.6% for Q4 FY2013 and, it should be pointed out, minus 2.5% for Q4 FY2012! Accordingly, it would be tantamount to ‘Goodnight Irene’ if Morrison’s reported another fall in LFL sales in Q4 against such comparatives with all of the investment in price and associated initiatives in tow.”

The Christmas period is of paramount importance to any retailer in any year, but the stakes have rarely been higher than they are for Morrisons this time around.

Morrisons is clearly far from the only supermarket under pressure, but this only makes its task to regain share over the Christmas period even more difficult as Tesco and Sainsbury’s concoct turnaround strategies of their own and the discounter’s prepare for their biggest Christmas effort to date.

It would be unreasonable to expect instant remedies from Morrisons’ three year turnaround plan, but Black understandably says it is “essential the group trades more robustly” in the final quarter.

While the extent of progress is, to a certain extent, in the eye of the beholder, if Morrisons posts another 6-7% like-for-like sales floor the odds will lengthen considerably that Philips will be given the chance to see the three year plan through to its conclusion.