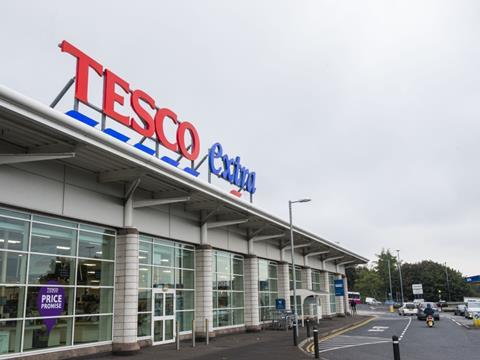 We look at analysts’ reactions to Tesco’s latest profits warnings and where this leaves Dave Lewis’ plans to turn around the ailing grocery giant as we head into 2015.

Tesco’s share price has halved since last year’s interims when the shares were 359p, and UK profitability is now expected to fall by 76% to £514m for FY15. Management has added more staff hours and invested more in price and short term money off voucher tactics, but this implies UK grocery trading profit in H2 is negative due to lower sales on an already higher cost base.

Tesco has delivered yet another unwelcome surprise to the market, with the group warning that trading profit for the year to February 2015 ‘will not exceed £1.4bn’. The FY2015 profit shortfall is attributed to 5 initiatives, as the management seeks to stabilise the business and put it on a more sustainable footing. The initiatives are: a new commercial approach with suppliers; a normal trading strategy as the group approaches the year end; a further boost to in store staffing levels; omproved availability in 1k key SKUs; and modest price investment.

This latest warning can be explained by a change in relationships with suppliers (selective rebalancing from back margin to front margin, i.e. fewer rebates/promotions from suppliers but improved tariffs), investment in services, investment in availability and selective investment in prices. Tesco indicated that sales trends did not deteriorate in Q3, hence the negative operating leverage in H2 should be consistent with that of H1.

A new era of margin resets for the grocery industry?

The question is whether or not the measures Tesco is now taking will allow is to increase its market share once again. The answer is that it could but it is by no means guaranteed. The competitive environment in grocery is so intense that it is not possible for all players to grow.

There is now a sense that expectations around margins and profits in grocery need to be reset. Tesco’s announcement today is part of managing that expectation. It remains a profitable and successful business but in our view the days of easy growth and easy profit are now firmly over.

They are trying to reset the business which might take many years and it also has big knock-on implications for the whole of the supermarket industry.

There is a real contrast with the recent changes to Brandmatch made by Sainsbury’s and its decision to reduce the Nectar points it was awarding. That was an indication that it thought it could hold on the profit margin but this move by Tesco suggests that there may have to be a fundamental  reset.

The implication of today’s update, in our view, is that it is clear that Tesco’s new management team is willing to take a period of significantly lower profitability, and even losses in the UK, to move Tesco to a more sustainable footing.

How much trouble is Tesco in? Junk status looms?

The group is in discussions with credit agencies and is now accelerating efforts to protect its balance sheet. We see a real risk of a downgrade to ‘junk’ (currently BBB-) if it does not make disposals in the short term, and then on good financial terms (potential disposals: Korea, Thailand, minority stake in Tesco Bank, Dunnhumby). In our view there may be a real risk of rights issue if the group is not able to make the appropriate disposals.

We now assume Tesco will not be able to pay a final dividend for the next two years and will cut capex to maintenance on 8th January. We think Tesco will need to convince investors that a rights issue (as large as 25% in our view) is worthwhile with a new CEO, high leverage and a lack of price competitiveness.

Tesco reminds us of the Sears situation in 2004. Sears, once the largest retailer in the US, faced increasing pressure from Target and Wal-Mart before Sears being bought/merged with K-Mart. We think the best case scenario for Tesco is private equity or retail interest, which could prove optimistic given Tesco’s high leverage and dwindling freehold. We think the Sears example provides a stark reminder that big companies can potentially fail despite their size.

Although Tesco’s metrics will have declined as a result of this profit warning, we do not believe a rating downgrade will necessarily follow. Moody’s clearly stated that Tesco had 12-18 months to turn around the Net Debt / EBITDAR. With bringing the pain forward it will be hopeful that they can show further progress next year.

We expect today’s profits warning, and the implication for FY2016 and beyond, to further heighten speculation around the need for disposal activity and the potential for a rescue rights issue to shore up Tesco’ balance sheet. However, our analysis suggests that Tesco still has the flexibility to engineer a recovery over a 12-18month period without recourse to a balance sheet restructuring, even if the UK margin moves to 0% for a period of time.

The recovery of the UK could take longer as we believe the CEO needs to simplify the business via UK and international asset sales, then reconnect with suppliers by changing payment terms and lowering his cost of goods and then start on the long road to rebuilding the Tesco brand with shoppers. Tesco has the most developed multi format strategy and is well placed in the convenience market so should benefit from this growth, but will need, in our view, to redeploy space in hypermarkets to more productive use. All this could take several years and suppliers are not going to be disposed to Tesco given the negative industry volumes and poor performance of Tesco over the last two years.

Tesco needs to invest in both pricing and improving the shopping experience for consumers. When such investment is made against a backdrop of falling sales it will inevitably impact profitability. However, such a move is a necessarily evil; the price of failing to accept a reduction in profit would simply be the continued deterioration of the business.

This is Tesco cleaning up its practices and accounts, before people had expected it. The bulk of the reset today is explained by the changing nature of supplier contracts. In technical terms its moving from back margin to front margin. This is good news and allows retailers to work better together with suppliers. Good news is also that a lot of that profit drop is a timing issue, most of that profit drop comes back later. Lewis is saying no more ‘diving for the line’: those are naughty operational tricks to flatter profits towards year end … but are damaging to consumers and the brand. He is stopping that … which is good for Tesco long term.