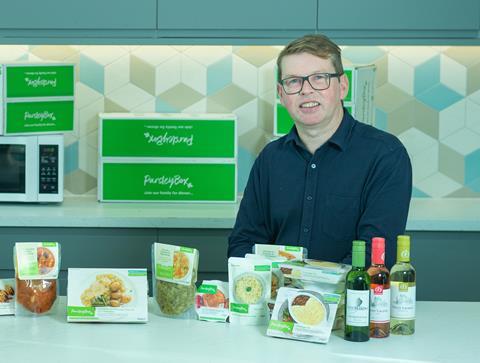 Parsley Box CEO Kevin Dorren is confident about the long-term viability of the DTC model in the face of investor scepticism.

Shares in the business, which delivers ambient ready meals to the over-60s, slumped as much as 20% on Monday after it reported falling levels of orders from new customers as shopping behaviour normalised with the gradual easing of lockdown restrictions.

“The first lockdown in March 2020 wasn’t a normal period,” Dorren said. “We turned the marketing tap off and were still getting new customers knocking on the door as supermarkets were empty and people were scared to leave their houses.

“There will be few businesses able to maintain year-on-year growth numbers on roughly the same average order value for new customers.

“Growing at that pace put a lot of strain on the business and when you return to what would be classified a more normal period in 2021 investors can’t quite get their head round why we are not growing at the same level.”

“If people are able and confident enough to get out and about, why use someone like Parsley Box when mainstream supermarkets offer plenty of choice at arguably cheaper prices?” he added.

The Parsley Box board insisted in Monday’s first-half trading update that any slowdown in growth was temporary and they remained confident the accelerated shift in consumer behaviour towards the DTC model was permanent.

Dorren said these figures should have dispelled the myth shopping would return to normal when restrictions were removed.

“Historically, our customers still bought from supermarkets anyway,” he added. “It wasn’t like they exclusively bought products from us, substituting going to a retailer.

Parsley Box expects second-half revenue growth to be “substantially” ahead of the first six months of the year, driven by a pipeline of product innovation set for launch.

“It is a marathon and not a sprint,” Dorren said. “There were sceptics leading up to IPO on our growth trajectory and we just need to keep showing them continued progression.

“One of the reasons we went public was to have a slightly longer-term vision. Yes, we need to think about trading updates, and keeping investors informed and market dynamics, but we do need to remain true to the long-term vision of the business rather than just purely short-term day trading movements.”