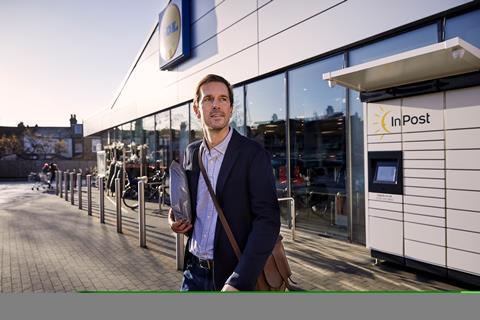 Lockers can be used to collect online orders from a range of retailers including Boohoo, JD Group and Holland & Barrett

The lockers can be used to collect online orders from a range of retailers including Boohoo, JD Group and Holland & Barrett. They can also be used to return purchases or send parcels through carriers Hermes, DHL and DX.

The same lockers, from click & collect operator InPost, can be found at Morrisons branches, railways stations and petrol forecourts including BP and Esso.

Locations of the 24 Lidl stores include London, Birmingham and Manchester.

Users are texted a QR code which they scan at the lockers to open the compartment holding their order.

They cannot be used to collect purchases from Lidl, which does not sell online in the UK. Although the discounter has been exploring the option for over a year, including recruiting for e-commerce roles, it has yet to launch an offering.

InPost said early feedback showed 44% of people using the lockers at Lidl were also shopping at the discounter while there.

The operator claims that by providing a way to collect or send parcels and shop during a single trip, they can help reduce unnecessary travel during the Covid-19 crisis.

They are also greener than home delivery, because they mean fewer separate drop-off points for couriers, according to the company.

“With current lockdown guidance limiting how and when people can leave the house, it is vital they are able to maximise each trip and not make unnecessary additional journeys,” said InPost CEO Jason Tavaria.

“Installing delivery lockers at one of the UK’s best-loved supermarkets allows them to do this and also provides a useful, contact-free outbound resource at a time when many Post Offices are closed.

“The positive feedback we’ve already had from customers shows they’re open to change, with trip-chaining becoming more common and demonstrating the demand for greater integration between how people work, shop and play.”