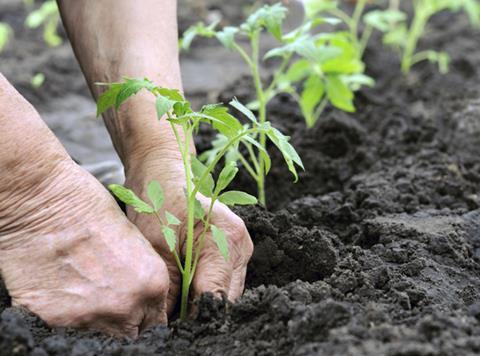 More than 12% of AHDB’s £67m annual income is in the balance after a majority of horticulture growers voted in favour of abolishing their sector’s compulsory levy.

However, conjecture over the result has led to warnings AHDB is attempting to skew the outcome of the vote.

Some 61% of qualifying levy-payers “decisively” voted against the statutory levy, a group of growers known as the AHDB Petitioners said this week.

Despite a pledge by AHDB chair Nicholas Saphir to reform the organisation and listen to levy payers last autumn, the result of the vote – on a 69% turnout – confirmed the findings of an unofficial ballot last summer that “growers do not want the statutory levy in horticulture to continue”, the group said.

The total levy collected by AHDB in horticulture stood at £8.4m last year, according to its accounts for 2019/20. This represented some 12.5% of its total income and 14% of its total gross levies (excluding grant and other income) of just under £60m.

The vote was called by disgruntled growers who have long been unhappy at how AHDB collects and spends its levies from the sector. AHDB Horticulture’s set-up, with a strong focus on market intelligence and R&D, was ill-suited to the growing sector – unlike in meat and dairy – as it was already “highly efficient, and doesn’t receive subsidies”, petitioner and Lincolnshire-based grower John Bratley told The Grocer last November.

AHDB said the ballot result, and the future of its horticulture arm, would now be scrutinised by farming minister Victoria Prentis, who has the ultimate say over whether the levy will be scrapped. A further vote on the future of AHDB Potatoes is also currently underway for similar reasons.

But despite winning the vote, growers this week expressed concerns about what they said looked like “last-minute attempts to change the way the vote is expressed”, citing Saphir’s comment that voter sentiment reflected a “very complex picture”.

With data from election services provider UK Engage showing a reverse picture according to value of levy paid – with 57% voting in favour of retaining the levy against no votes of 43% – Saphir pointed out sentiment varied “across different crop sectors and size of business”.

His comments were “clearly a desperate and disgraceful attempt to influence ministers whilst trampling on the views of the two-thirds of levy-payers, who have voted to get rid of this statutory levy”, claimed Lincolnshire flower grower and fellow petition group member Simon Redden.

“It lies outside the rules of the ballot and must not be allowed to prevail,” he added, and was “not democratic”.

The petitioners warned attempts to skew the result of the horticulture ballot could also affect the current vote on the continuation of the statutory levy for potatoes, as they called on the NFU to step in and “clearly represent the interests of its members and criticise these actions by the AHDB”.

Will Covid recovery mark an overhaul of our food production?

In response, NFU horticulture and potatoes board chair Ali Capper said the vote demonstrated that many growers “feel either disappointed or disengaged with how their levy is being spent”.

She added: “A number of businesses have come out in support of the statutory levy in the past few weeks, albeit with necessary reforms of AHDB. While the majority of levy payers voted to discontinue the levy, it is notable that when results are weighted by levy contribution there is a majority to continue.

“This shows just how divided levy payers have become and makes it critically important ministers consider carefully how to respect all sides of the debate. While ministers are not bound by the vote, I would urge them to engage carefully with levy payers before reaching a decision on the next steps.”

Saphir and AHDB said the matter was now “down to ministers to weigh up all the various factors about GB horticulture and make a decision on the future role of a horticulture levy”. An AHDB spokeswoman also stressed the ballot was on a ‘yes/no’ vote, on the basis of one levy payer, one vote.

However, the petitioners were unequivocal on the vote’s outcome. “Hard-pressed growers who have benefited little from the poor value of AHDB over the years will not tolerate this situation any longer,” Redden added. “They have clearly spoken and voted to end the statutory levy.”