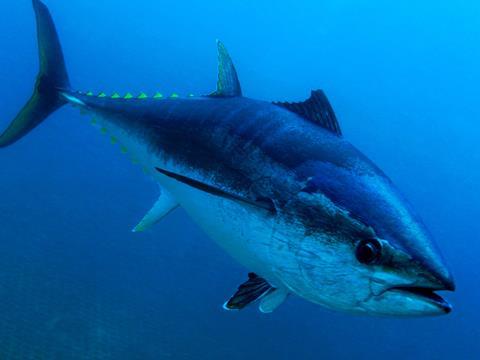 The Marine Stewardship Council has welcomed the decision to recertify the Pacific PNA tuna fishery as “further evidence” its processes adhere to international standards and are “robust and fair” to all stakeholders.

The fishery’s recertification - which had been opposed by campaign group On The Hook due to concerns over unsustainable fishing practices, including claims over the compartmentalisation of fisheries - was rubber-stamped by an independent adjudicator last week.

Plans to recertify had been confirmed by the MSC’s third-party accreditation body last autumn but were challenged by the International Pole and Line Foundation. The foundation raised a number of concerns over the sustainability of the fishery, including claims of widespread shark finning. However, the independent adjudicator rejected the concerns.

The announcement confirmed the PNA skipjack tuna fishery was “a sustainable and well-managed fishery that had made considerable improvements over the course of its first MSC certificate”, said MSC science and standards director David Agnew.

The PNA itself described recertification as a “slam dunk”, and hit out at a “deliberate campaign to misinform, subvert MSC standards and destroy the aspirations of our remote and tiny Pacific islands nations to supply free school MSC tuna products to UK consumers”.

However, On The Hook said it was “shocked” the PNA had been recertified as a sustainable fishery and cited the MSC’s decision to toughen its rules on compartmentalisation in January as a reason the PNA should not have been recertified. Compartmentalisation enables fisheries to be certified as sustainable for certain portions of their catch, even if crews also caught non-certified fish using unsustainable practices on the same trip.

“In January, the MSC admitted it needed to strengthen its rules around certifying compartmentalised fisheries following serious sustainability concerns from major UK supermarkets and On The Hook,” the campaign group said.

“However, the PNA is now being rewarded for its poor record on sustainability, going against the MSC’s claims of reforms. It is receiving the same certification as truly sustainable fisheries even though it is a matter of fact that shark finning has taken place and high levels of bycatch of protected species are being caught in the fishery,” it added.

And “to make matters worse”, under the MSC’s forthcoming rule changes the PNA would not need to make any changes to unsustainable practices for a further three years, On the Hook said, while pledging to continue campaigning against unsustainable fishing practices.

In response, a spokesman for the MSC stressed an independent adjudicator had reviewed the PNA fishery assessment and judged it to have met the MSC’s standard.

“The adjudicator specifically said he disagreed with the contention that shark finning was systematically taking place in the fishery. The adjudicator noted that PNA has a strategy in place to enforce measures against shark finning and that clear evidence had been furnished to him that PNA member countries were prosecuting instances of this practice.”