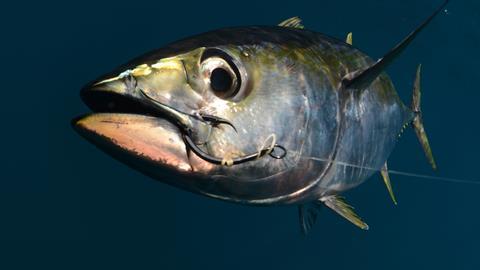 The EU’s Common Fisheries Policy is supposed to police illegal fishing. But while it’s coming down hard on some countries, it’s been accused of letting others off the hook – including its own member states

Illegal fishing is pillaging global fish stocks - with up to 30% of the world’s supply now illicitly caught, according to some estimates. The EU has named it one of the “most serious threats” to the sustainability of the seas, launching a global crackdown on coastal nations in 2012. But illegal fishing remains rampant. Last month, Ecuador became the latest country to receive a warning for its failure to prevent illicit tuna fishing in the Pacific Ocean.

However, a draft report by the Indian Ocean Tuna Commission (IOTC), seen by The Grocer, leaves the EU facing claims of hypocrisy and incompetence from campaigners. While countries like Ecuador receive warnings and ‘yellow cards’, EU member states are accused of driving fish stocks to the brink of collapse.

In the report, to be published this month, Spain is accused of overfishing its quota for Indian Ocean yellowfin tuna by 12,295 tonnes in 2018 - the excess alone more than Japan and China’s catch combined.

“This is a disgrace. The EU is not complying with its own law,” says Charles Clover, executive director at Blue Marine Foundation, arguing Spain is not receiving its due punishment as set out in both international law and the EU’s Common Fisheries Policy.

If the EU accepts the figures, Spain will face a sizeable fine. According to EU law, the price of the illicit catch must be deducted from Spain’s future catches. It could cost Spanish tuna vessels in the region of €30m.

“The EU is doing its best to stop overfishing, but getting little help from the other member states. They are part of the solution, they are not part of the problem”

However, the EU has a record of reaching lower estimates for Spain’s illegal catch than the IOTC.

When the IOTC first accused Spain of illegally fishing Indian Ocean yellowfin tuna in 2017, the EU dismissed its assessment of 9,000 tonnes of illegal catch, favouring a more conservative estimate of 2,138 tonnes.

The source of the discrepancy was unclear, with the EU arguing it achieves greater accuracy due to its data relying on a variety of sources, including weighted landing declarations and logbook estimates by vessels.

However, the IOTC’s reports are often based on the figures it receives directly from the EU itself. Minor discrepancies would be understandable given potential variations in scientific method. The difference of 12,000 tonnes in the IOTC’s latest report - about 30% higher than the EU’s estimates - is not minor.

The questionable reporting of Spain’s illegal tuna catch gained diplomatic traction in April when the South African government complained to the European Commission regarding the 2017 number. Although the EU responded with harsher catch limits, the punishment aligned with the EU’s figure and in Spain’s favour.

This week, Francesca Arena, directorate-general for Maritime Affairs & Fisheries, admitted there was even confusion within the EU at the ongoing discrepancies with the IOTC’s figures. “It is also difficult for us to understand,” she told the EU’s Fisheries Committee. “We have opened an internal investigation and will discuss it with the member states.”

A spokeswoman for Spain’s Ministry of Agriculture, Fisheries & Food rejected the IOTC’s latest report: “The overfishing data referred to [is] not actual catch data, but scientific estimates. These estimates are based on general sampling data in the Indian Ocean for various fleets and do not reflect the particular operations of the Spanish fleet.”

Chris Davies, chair of the EU Fisheries Committee, believes “the EU is doing its best at the IOTC to introduce regulation to stop overfishing, but getting little help from the other member states.

“The EU is part of the solution, they are not the problem.”

In addition to Spain’s ongoing future catch limits, the EU aims to improve oversight by attaching quotas to specific Spanish vessels rather than the entire fleet.

Beyond its borders, the EU’s solution includes an official warning system for coastal nations that are failing to take adequate measures to prevent illegal fishing. The EU will first issue a ‘yellow card’ to drive improvements, before repeat behaviour leads to a red card and a complete ban from the bloc’s single market.

Since the policy began in November 2012, the EU has issued warnings and imposed sanctions on 26 nation states, including Thailand, Vietnam and Ecuador.

However, it has been accused of creating a two-tier system, with foreign nations punished for small indiscretions while member states such as Spain, with much larger fleets, continue to plunder endangered stocks.

“It is hypocritical of the EU to warn exporters such as Ecuador about illegal fishing while turning a blind eye to unlawful fishing by its own fleets,” says the Blue Marine Foundation’s Clover.

The efficacy of the scheme is also in doubt. Despite a public acknowledgement of ongoing illegal fishing in yellow-carded nations, EU member states - including the UK - often take no action regarding trade.

Vietnam was first warned for its practice of illegal fishing in October 2017, following reports its vessels were engaging in illegal and destructive fishing methods in foreign waters. The warning had little effect on attitudes in the UK. In the year following the warning, the UK bought £131m of Vietnamese fish, up from £109m the previous year, according to import data.

A similar pattern was seen with Sri Lanka prior to its EU ban in October 2014 for failing to adequately tackle the issue. Although Sri Lanka was finally taken off the blacklist in June 2016, its loss of access to the European market was undoubtedly damaging.

Dyhia Belhabib, principal investigator of I-Sea Fisheries, believes Sri Lanka may have suffered as a result of its low levels of trade with Europe.

Unlike Sri Lanka, Thailand and Taiwan have never reached the EU’s blacklist. Despite reports of destructive fishing practices and modern slavery in their waters, the EU removed both from its watchlist this year. “Taiwan should have got a red card immediately,” says Belhabib. “In my opinion the only reason they didn’t is because there is too much trade.”

While the fish trade with Europe of the six previously blacklisted nations - Belize, Cambodia, Comoros, Guinea, Sri Lanka and St Vincent and the Grenadines - rarely exceeds a few million euros, UN trade data shows the value of fish exports for the big players such as Thailand, Taiwan and Vietnam is at times in the hundreds of millions.

The EU denies its global enforcement of illegal fishing is compromised by trade, claiming such a relationship can be instead leveraged to trigger change.

For Ecuador, frustrations surrounding its yellow card will remain, not least because, while Pacific yellowfin tuna is in relatively strong health, with numerous fisheries in the region certified by the MSC, the Indian Ocean variety moves ever-closer to collapse. It is going to take more than a yellow card to solve this one.