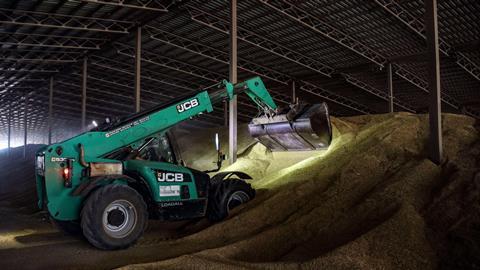 What can the Ukraine grain export deal achieve after missile strike?

Is the deal to restart exports already derailed after Russia’s attack on the port of Odesa?

Last week’s deal to resume exports from Ukraine’s ports was heralded by the UN as a “beacon of hope” that could avert famine in grain-importing countries.

Then, on Saturday, just a day after the Black Sea Grain Initiative was agreed, four Russian missiles roared in the direction of Odesa, one of three ports covered by the agreement. Two struck the port.

Russia maintains the strikes were on military targets and therefore outside the terms of the agreement. But Volodymyr Zelenskyy, Ukraine’s president, branded the attack as proof Moscow could not be trusted – an assertion backed by the US and other western nations.

So, what’s in the deal and, amid such distrust, can it still prove the inflation-busting, famine-preventing panacea ­proponents hope for?

The deal would first facilitate the eventual export by sea of a vast accumulation of Ukrainian grains and oilseeds. Estimated at over 20 million tonnes, the stockpile has been stuck in silos since before the war started, though in recent weeks some of it has trickled west by rail.

Once the backlog is moved, this year’s much-reduced Ukrainian harvests could then be shipped out of the country.

Either way, “it will be months before flows normalise”, says Rabobank analyst Michael Magdovitz. And that’s if the deal holds.

To Gary Lewis of KTC, which was forced to pause sunflower oil supply in Britain after Russia invaded Ukraine, the Odesa attack and the responses show “there is no trust”, with western countries “seeming to have little certainty this will work out”.

Masha Belikova, agriculture analyst at commodity price reporting agency Fastmarkets, adds it is “hard to say” whether the two sides can collaborate on exporting food and fertiliser in the Black Sea while their armies fight in eastern Ukraine. Even UN secretary-general António Guterres sees the initiative as “unprecedented” insofar as it was agreed while “the conflict continues”.

Stability a way off

Though the fanfare surrounding the agreement pushed prices of wheat and sunflower down on Friday, the strike on Odesa quickly sent them back the other way, notes Gary Lewis of oil supplier KTC.

The likelihood of more attacks means prices “will bob up and down depending on the news”, says Alex Waugh, director general of UK Flour Millers.

The deal requires Ukraine’s navy to guide ships out of ports it has mined while in range of Russian warships in the Black Sea. As if that was not nerve-shredding enough, there are already conflicting accounts from Kyiv and Moscow of who is responsible for escorting which shipments and in turn who gets to inspect what. Such a fraught operating environment means shippers and traders will be asking “how much do you have to pay to get crews to work, how much are insurance premiums?” Waugh says.

Markets can expect it to take at least “a few weeks to months to resolve insurance and safety concerns for the Black Sea routes from major grain ports”, says Daejin Lee, lead shipping analyst at S&P Global Market Intelligence.

Besides, Ukraine’s grains and oils output, though significant, is but one of many factors determining global food prices and supplies, and there is also a bigger picture pre-dating the war. Since the first imposition of pandemic-related restrictions, the world has seen rising farm and energy commodity prices, as well as surging transport, fertiliser and fuel costs – all leading to what by late last year were three-decade consumer price inflation highs in Europe and North America.

Such a complicated picture means the Black Sea deal - even if it holds - is unlikely to live up to some expectations. “I don’t know if opening the ports can by itself bring prices down”, says Belikova.