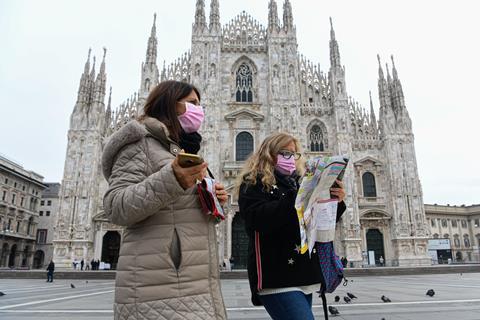 Non-perishable items from Lombardy such as risotto rice, flour and wine could all face difficulties

Importers are facing difficulties sourcing food from northern Italy as hauliers cut transport from the region.

Italy has reported more than 3,000 cases of coronavirus, concentrated in the regions of Lombardy and Veneto.

It has pushed the government to restrict transport within the regions “with the exception of…essential and perishable goods,” said Pierpaolo Greco, a legislative officer at Confetra, the Italian logistics association.

Lombardy is one of Italy’s agricultural powerhouses, producing foods such as risotto rice, flour and wine. As non-perishables, these goods could all face difficulties.

“Businesses are starting to see problems getting goods shipped from northern Italy,” said Walter Anzer, director general of the British Importers and Distributors Association. “It’s very hard to get consistent road transport from those regions.”

Heather Wallace, international group manager at the Road Haulage Association, said hauliers could start to reject journeys into the region.

“Or if they are going,” she said, “they’ll be whacking a great big supplement on it. Because obviously when their drivers come back from that region, technically they’d have to go into two-week self-isolation.”

Retailers remained relatively unconcerned by the outbreak, said Pauline Bastidon, head of global and European policy at the Freight Transport Association. “They are much more worried about the impact of more cases in the UK.”

The EU is reluctant to close borders, arguing it would be “ineffective” in controlling the virus. But some believe disruptions could escalate as hauliers become reluctant to travel to affected regions. “There is certainly going to be a logistics problem if the virus spreads,” said Anzer.

Amid rumours importers are beginning to stop Italian trucks from entering warehouses, Ivano Vacondio, the president of Italian food association Federalimentare, said this week that false information was part of the “psychological terrorism taking place on our products”.