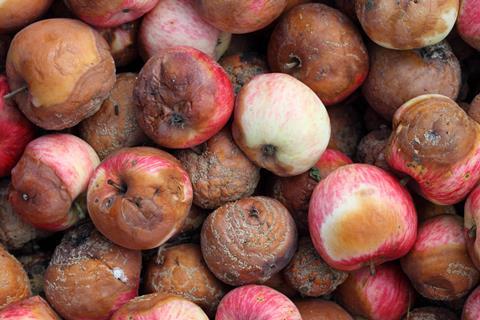 Shortages of seasonal labour have already led to “thousands of tonnes” of this year’s fruit & veg being left to rot, with growers warning the situation could further deteriorate by the end of the month amid continued Brexit uncertainty.

Many soft fruit growers were forced to “walk away from crops” due to labour shortages during the soft fruit season, said British Summer Fruits chairman Nick Marston. Some growers experienced up to a 30% shortfall of fruit pickers for the 2019 harvest, which drew to a close last month.

There is also “deep concern” as the top fruit harvest gets underway, with the number of ‘no-shows’ and early leavers already “starting to go through the roof” and affecting the ability of growers to harvest fruit.

Some apple growers suggested they would only be able to pick as little as half of their crop, while others were planning to shut their orchards six weeks early as pickers had stated their intention to leave the UK before 31 October, added Capper.

NFU figures showed a 17.6% shortfall in the number of workers in August, despite companies recruiting up to a quarter more people as an insurance policy.

“We anticipated the same number of no-shows and early leavers as last year and that’s how it turned out this year. It’s meant we’ve had to invest more in attracting [workers] and building relationships with them,” said group HR director at G’s Fresh, Beverly Dixon.

“We sign up the people leaving now to come back next year. But only 40% are returning at the minute. That figure used to be more like 70%-80%,” Dixon said, warning the grower could soon “run out of workers” unless the government’s seasonal agricultural workers pilot was scaled up.

The scheme currently allows 2,500 non-EU migrant workers to come into the UK for six months of seasonal work. However, the NFU has warned around 70,000 seasonal workers are required each year.

“There’s a deep concern about commitment levels for next year because when you work it all out, we are competing with Germany, the Netherlands and Denmark and we’ve put so many barriers and reasons not to come in people’s minds.”

One suggestion to tackle this “public relations problem” is to follow the previous government’s lead and better market the UK to migrant workers, said BSF’s Marston.

“Theresa May’s administration said ‘Britain’s still open for business’, with releases targeted at seasonal workers from the EEA,” he said.

“I haven’t seen anything [like that] from the new administration. What they have done is to start to amend the provisions for leave to remain. Inevitably that might be seen in Romania and other countries as restricting the opportunity to come here.”