Asda to cut refrigeration energy use with Formula 1-inspired technology 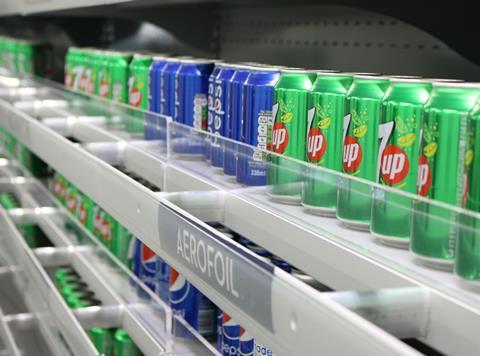 Asda is to install Formula 1-inspired aerofoils on fridges in nearly 200 of its supermarkets, in a move it predicts will slash energy consumption from refrigeration by 17%.

The supermarket giant has signed up Aerofoil Energy, which uses technology first developed by the Williams team that is similar in appearance to the rear wing of an F1 car.

The supermarket joins Sainsbury’s in turning to the racing-inspired tech to cool its fridges.

Last year Sainsbury’s began rolling out the system across its 2,000 stores.

“Like all the Walmart family, we’re committed to lowering our energy use, with a target of a 30% reduction in energy intensity by 2025 from our 2010 baseline,” said Asda senior manager for construction design standards Brian Churchyard.

“The rollout of Aerofoils, alongside other initiatives we’re undertaking, such as moving to 100% LED sales floor lighting this year, will significantly help us in achieving this target, as well as improving the shopping experience for our customers.”

“It is great to see such a well-known and respected brand as Asda choosing to install Aerofoils,” said Aerofoil Energy CEO Paul McAndrew. “From an idea I had a few years ago, through working with Williams to refine and produce it, to now seeing Aerofoils in operation in supermarkets, this is a proud day for me and the Aerofoil team.”