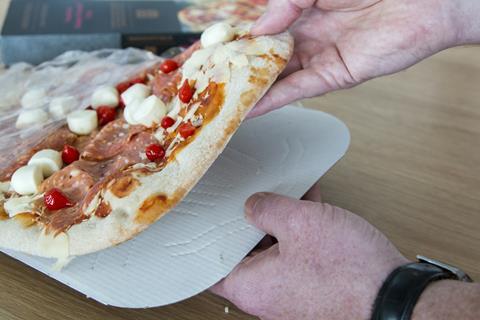 Unrecyclable plastics are disappearing from UK supermarket shelves thanks to a ‘huge array’ of initiatives from food and drink companies, a landmark report has claimed today.

A year after the launch of the UK Plastics Pact, retailers and suppliers have given an update on progress in a new Wrap report. It contains 44 examples of how companies have started to remove plastic or make packaging more recyclable. The report cited Sainsbury’s, Tesco, Waitrose and M&S trialling the removal of plastic packaging across a number of lines, in a bid to understand where plastic can be removed without affecting food waste.

It also flagged up the work carried out by Morrisons, which yesterday announced the permanent launch of plastic-free fruit & veg areas at 60 stores.

Wrap claimed the examples used ‘represent a small selection of the large number of initiatives currently underway in this sector’.

On the supplier side, the report highlighted Walkers Crisps launching the UK’s first nationwide crisp packet recycling scheme, which had already collected 2.4 million packets. Meanwhile, Danone reported that all Evian 75cl, one-litre and 1.5-litre bottles produced for the UK market now contained 50% recycled content and Innocent smashed its target of a minimum of 30% recycled content in its smoothies bottles, with bottles now containing 50%.

However, Wrap CEO Marcus Gover said “tough decisions” lay ahead of companies if they were to hit the pact’s targets.

“When we launched The UK Plastics Pact a year ago, we knew that we had a monumental task on our hands,” he said.

“So I’m delighted to celebrate the first anniversary of the pact by revealing the huge array of initiatives members have been working on over the past year.

“The first year was about building solid foundations and setting a clear direction of travel for collaborative change. Moving forward there will be tough decisions to make, new innovations to foster, and investment to be made - all at great pace and with an urgency that reflects the scale of the problem we are tackling. Our members have shown they are up for the challenge and we have great momentum to propel us forward. I’m convinced we are on the way to transforming forever the way we make, use and dispose of plastic.”

Meanwhile, campaigners called on the industry to step up the pace of change.

“Plastic pollution is at such a crisis point now that we really need to see major brands and supermarket chains taking giant strides, not fairy steps,” said Sian Sutherland, co-founder of A Plastic Planet.