Why methane reduction shouldn’t be overlooked in the emissions battle 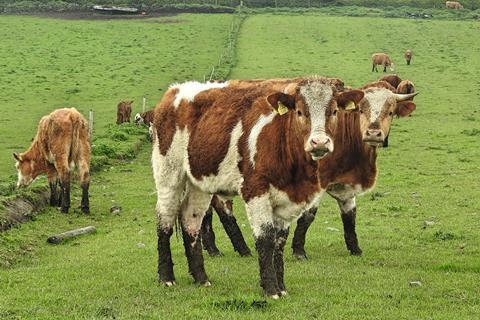 Ahead of the imminent COP26 conference in Glasgow, one topic we think should be front and centre of the climate debate is methane reduction.

With so much focus on net zero carbon, it might be easy to overlook that methane is a very potent greenhouse gas. The Intergovernmental Panel on Climate Change found that over a 100-year period, methane has a global warming potential 30 times that of carbon dioxide and has contributed as much as 0.5°C degrees, or 30% to 50% of warming, since pre-industrial times.

The United Nations Environment Programme stated in its Global Methane Assessment earlier this year that mitigating methane is very likely the strategy with the greatest potential to decrease warming over the next 20 years. Curbing human-induced methane emissions by 45% by 2030 will prevent nearly 0.3°C of global warming by the 2040s.

Domestic animals emit 5% of GHG emissions, but this increases to 15% when the wider feed and transport ecosystem is included, according to the UN FAO. Close to 30% of global methane emissions come from enteric fermentation – most of which is from burping cows.

Consumers can make a big difference because, according to an Oxford University study, people who eat meat are responsible for twice as much GHG emissions per day as vegetarians, and about two-and-a-half times more than vegans. In the UK, meat consumption is down by 17% over the past decade, but this is still well below the 30% target set out in the government’s new UK food strategy.

How is the dairy industry addressing climate change?

Another strategy is for farmers to increase the take-up of novel feed additives that can lead to significant reductions in methane. One of the most promising methane inhibitors is Bovaer (formerly Clean Cow), a feed additive that can reduce emissions by 30% or more. Nestlé, the world’s largest food company, is very focused on this topic, given dairy and livestock ingredients are its largest single source of emissions. It plans to reduce emissions in this area by almost 60% by 2030, with almost one third of this reduction expected to come from cutting the methane produced by cows during digestion through nutrition and feed changes.

Another big dairy player is Danone. It also plans to use feed additives to lower its scope 3 GHG emissions, which is part of its Regenerative Agriculture strategy, and in line with its 2050 carbon neutral target. This strategy encompasses soil health and animal welfare, and is designed to think creatively about what the next generation of farms will look like.

Irish dairy player Glanbia’s supply chain involves eight billion litres of milk production, which accounts for 86% of the total Carbon Emissions across its value chain. The company has a three-pronged approach, which includes manure management using anaerobic digestion to generate biogas; renewable energy use on farms; and sustainable feed.

There are clearly several paths to net zero dairy farming and potential solutions, but to be workable they need to reflect the local sensitivities of different farms around the world. It may also mean companies have to pay a premium for ingredients that are verified as being sourced using regenerative methods.

At the same time, it’s important to note that consumers are far more sustainability-conscious and expect brands to demonstrate that they are helping tackle issues such as climate change. We believe the companies that do not will be penalised as consumers will increasingly vote with their wallets.

We expect a pledge at COP26 to reduce global methane emissions by 30%, but we think delegates at the conference could be even more ambitious and tackle this issue with even more urgency.