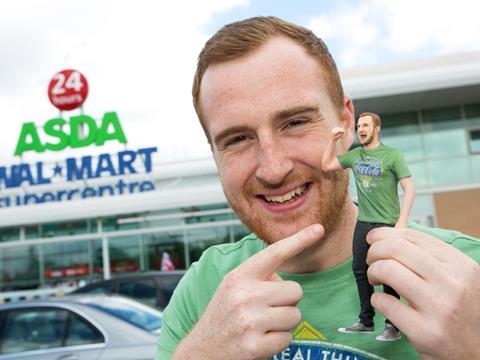 I used to have an old 3D printer at a previous job. We basically bought it to make people stay at our stall at big conferences for a long time, because even though this particular 3D printer took an age to do anything, the process was inherently fascinating.

Feeding rolls of very thin plastic into the back of the machine, we’d upload a schematic (not as complex as it sounds) and then everyone would peer on in wonder as the machine melted the plastic and re-cast it in anatomical detail to form whatever the customer’s hearts desired. I think I still have a tiny 3D-printed squid somewhere.

For most consumers, 3D printing remains a gimmick, albeit a fascinating one, as the successful trials in Asda stores have proved. Behind the scenes, though, big leaps are being taken that could revolutionise fmcg.

The big news today is that Procter & Gamble, the American consumer goods giant, is offering $60m over 5 years to academics who think they can research bioprinting in commercially viable ways. It’s an announcement that needs to be taken with a pinch of salt, however exciting such a huge commercial force getting involved in developing tech might seem.

Firstly, the proposition itself is more headline-grabbing than concrete commitment. P&G just want academics who have ideas to submit proposals. They’re not getting their hands dirty themselves, unlike L’Oreal, who teamed up with a bullish tech start-up called Organovo to bio-engineer human skin.

Secondly, $60m over five years for a team of academics to start from scratch on a project like this isn’t a huge commitment, as large as the figure sounds. Cutting edge bio-engineering ain’t cheap. In fact, ”P&G’s strategy to launch a grant competition is probably a very cost effective way of trying to get a snapshot of all the possibilities,” says Brian Derby, professor of materials science at the University of Manchester talking to the Financial Times.

So, it’s a cunning move to assess the possibilities in a cost-effective manner without committing the company to anything concrete.

Nevertheless, casting my natural cynicism aside, it’s fantastic to see such a huge company start to put money into such a fascinating area. If other companies were to follow in P&G’s sizable footsteps, we could reach a tipping point that would accelerate development in the area.

While beauty and skincare companies would obviously use the tech to test their own products, the human quality of life applications for printable skin and bio-engineering are numerous and wonderful. Skin grafts would be a thing of the past, for example. Just print some more skin.

It’s important that, in an era when national budgets are so tight, that cutting edge tech has the support of private companies. A final word of caution, though - we are, in academic terms, light years away from such advances. The announcement of a tender to go out to research ideas is an important first step, but it’s the very first step on an uncharted journey into the fantastical.

Even the lab-grown hamburger, which has now become so advanced it’s down from $325,000 a burger in 2013 to $11 a burger today, is still “twenty to thirty years away” from commercial viability, according to researchers involved in the project. Let’s not go around expecting industry revolution just yet.