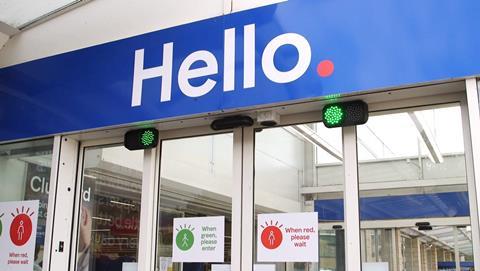 Tesco has begun rolling out a traffic light system at store entrances to help maintain distancing.

The lights control the number shoppers inside based on the store’s capacity and two-metre social distancing guidelines.

Tesco began rolling out the system last week but said it would take a few months to install across its whole estate.

Aldi became the first retailer to begin putting traffic lights at its store entrances in May, as a way of limiting shopper numbers.

In September, Home Bargains revealed plans to install lights at all 550 of its stores across the country.

“The safety of our customers and colleagues is our top priority. To help with social distancing, we are introducing a new traffic light system at store entrances which will tell customers when they can safely enter,” said a Tesco spokeswoman.