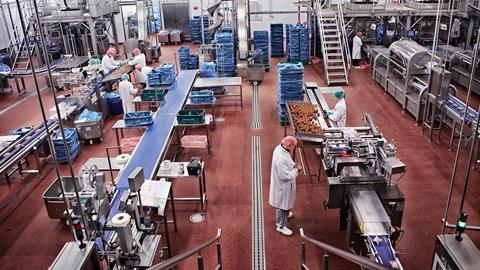 The agreement struck today between the FDF and the UK’s food and drink unions on worker safety follows weeks of protracted negotiations. In reality, they’ve actually only agreed on a few basic principles – the document lacks lots of detail – which says it all about how difficult those negotiations have been.

One supplier source describes it as a “miracle” that the FDF has been able to achieve any common ground at all, given the huge amount of politics behind the scenes and genuine safety fears about PPE, masks and social distancing.

It’s one of the reasons suppliers are so worried about what lies ahead as details from Boris Johnson’s widely leaked plans to ease the lockdown start to filter out, with the PM set to provide more details on Sunday.

There are so many big questions to be decided.

Will the public be advised to wear masks? And if so, what will the impact be on food workers, who in some cases are already facing shortages and for whom home-made versions simply don’t cut it when it comes to food factory standards?

What will be the impact of the new test and trace programme? Retailers have already raised fears it will make supermarkets hotspots and could lead to a new staffing crisis just as numbers have come back into single digits.

The union agreement on worker safety is all the more notable when you look at the situation in Scotland, where no such agreement has been reached and where first minister Nicola Sturgeon has taken a very different approach to the food industry than her counterparts in Westminster.

From the start of the outbreak, the Scottish government has taken what many see as a more cautious approach, especially on the issue of who count as key workers.

The same approach is likely to be followed when it comes to easing the lockdown, despite calls from Tory MSPs for the two governments to work in harmony.

If anyone is in any doubt over the difference that approach makes, take a look at the absenteeism figures. Scotland, famous as one of the UK’s food producing heartlands, has absenteeism rates in the industry of around 12%, at least 3% higher than in England, with almost 15% of companies having stopped working since the crisis began.

This balance between worker safety and the economic damage of the crisis is at the very heart of the decisions that governments have been making and will dominate matters as the exit strategies from lockdown are crystallised. It will also dominate the decisions businesses make as the nation emerges, albeit slowly, from the bunker.