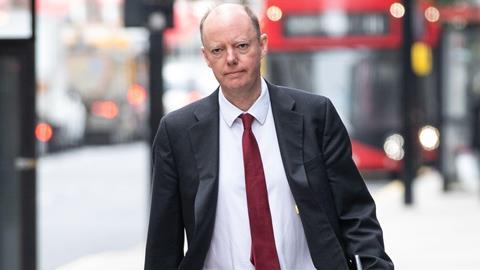 What stance will Chris Whitty’s Office for Health Promotion take on regulation?

A chance to see even more of Professor Chris Whitty is not perhaps first on everyone’s wishlist as we come out of lockdown – but it looks as if the food industry is going to get it whether it likes it or not.

The appointment of the dour but respected CMO, whose doom-laden coronavirus slides have become such a regular feature of the crisis, to head up a replacement for Public Health England has drawn into sharp focus the future of the industry’s relationship with government.

Likewise, the birth of the Office for Health Promotion (OHP) poses as many questions as it answers about which way the government will turn as it seeks to tackle the obesity crisis.

Like his predecessor, Sally Davies, Whitty has long been a strong critic of the industry’s “sugar filled” shelves and junk food marketing.

Just last week he used a lecture at Gresham College to call for a complete ban on any sports advertising by brands selling unhealthy products. He was also among the first prominent figures to ram home the deadly link between obesity and Covid.

Unlike the last CMO, Whitty also obviously has the ear of government (largely because of the terrible circumstances of the past year), as time and again events have seen it bow to the views of SAGE experts and medical advisers, rather than more pro-business Tory backbenchers.

So it will be fascinating to see, firstly, how much direct say he has in relations with the industry, as the DH takes direct control back from the semi-autonomous PHE of the Andrew Lansley era and, secondly, whether he takes forward any of his old mentor’s strategy suggestions.

These, in case anyone has forgotten, include a major expansion of the soft drinks levy to cover other products high in sugar, such as confectionery.

Whitty was also among key supporters of Davies’ farewell report in 2019, which called for a radical shake-up of the VAT system to incentivise consumers to buy healthier food, as well as banning eating and drinking on public transport.

The announcements this week have also caused feverish debate among campaigners and the industry over the approach for PHE’s replacement body.

Ever since health secretary Matt Hancock announced its demise, there has been speculation of an end to the era of PHE’s bombardment of targets and a recognition that the industry’s voluntary reformulation programme is a busted flush.

With attempts to slash sugar, calories and salt from our diet floundering, is it time for a new approach that puts the focus more on local health interventions and healthy lifestyles?

Despite the looming ban on HFSS promotions and junk food TV ads before a new watershed (and online), much of the language in recent weeks has been on healthy lifestyles as the key to tackling obesity. Only last month Boris Johnson appointed Nectar card creator Keith Mills to advise on a new incentive-and-reward approach to encourage healthy behaviour.

“The developments this week could signal a new gear in which the government realises it needs to push forward with regulatory moves such as expanding the sugar tax and realise the voluntary approach has not worked,” says one leading health campaigner. “Or it could signal it is about to kick all of this into the long grass, which would be a total disaster.”

Industry figures are equally on tenterhooks about which way this will play out. And given the unpredictability of this government, predictions are hard to make, especially given the mixed mood music.

Meanwhile, the industry is bracing itself for Henry Dimbleby’s National Food Strategy, in July. As The Grocer revealed earlier this month, this looks set to call for a major shake-up of the food system, with Dimbleby, like some of the UK’s prominent health bosses, also believed to be in favour of the expansion of fiscal measures.

So while the era of what the Institute of Economic Affairs called the “bossy, puritanical and illiberal” PHE may be coming to an end, it’s hard to call what lies ahead. This is one for which even the good professor himself probably hasn’t got an appropriate slide.